Three-month LME aluminium rebounded from a two-week low of $1,953 per tonne, rising to an intraday high of $1,979 per tonne before surrendering some gains to stand at $1,971 per tonne at the close of Tuesday’s trading with open interest adding 4,145 lots to 735,000 lots. 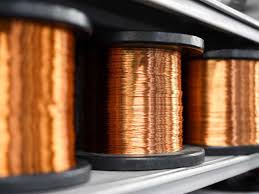 In the Shanghai Futures Exchange, benchmark aluminium price stumbled to $2326 per tonne on Wednesday morning, losing $26 from the $2352 per tonne price recorded at the close of Tuesday’s trade.

Market analysts said the lockdown in some regions in China, including Beijing, its capital city, due to worries over the covid-19 resurgence, as well as a seasonal slowdown ahead of the Chinese lunar new year, has hurt demand for the red metal in the Asian powerhouse. This, as revealed by surveys, shows a drop in manufacturing activities in the world’s highest copper consuming country, recording its slowest demand rate since Q4, 2020.