Aluminium and copper prices traded lower on the London Metal Exchange (LME) during   Wednesday’s midday trading following concerns about slow demand in top consumer China, with the Asian giant’s construction sector yet to recover from the economic impacts of its recently-suspended Covid-19 lockdown. 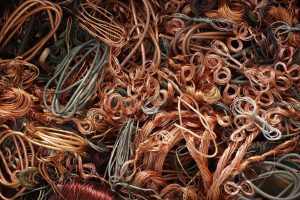 The most-traded copper contract on the Shanghai Futures Exchange (ShFE), September SCFcv1, slipped 0.3 percent to 61,040 yuan ($9,031.99) a tonne at the close of Wednesday’s trade.

Ole Hansen, head of commodity strategy at Saxo Bank in Copenhagen, who identified the construction sector as a major demand driver for copper and aluminium, said the poor demand rate of recent is the initial reason for the weakness in the market.

Hansen said that recession fears and geo-political risks have dwindled investment appetite over the past few months. He, however, noted that the market seems to be getting a little more resilient to the factors lowering prices.

Benchmark LME zinc was the top gainer for the day, as it recorded a 1 percent increase to $3,570 a tonne, its highest value since June 22.

In a similar trend, the premium of cash LME zinc over the three-month contract gained $127 a tonne, the highest since late June, indicating tightness in near term LME supplies as investors raised concerns that high energy prices will force smelters to curb output.