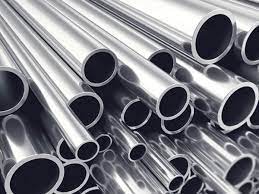 Three-month aluminium on the London Metal Exchange (LME) gained 2.2 per cent to $2,725 a tonne, its highest since November. 26.

According to official data, China’s output of alumina, which is smelted to make aluminium,dropped in November by 4.5 per cent year-on-year to its lowest in 18 months.

Market participants noted that China aims to lower its carbon output by restricting the electricity consumption and production of power-intensive industries such as alumina refining and aluminium smelting, leading to a supply tightness in the global market.

Zinc also traded in positive territory as it gained 0.3 per cent to $3,430.50 a tonne, building on gains of 4.6 per cent set a day earlier when it touched a two-month high, after zinc mining giant, Nyrstar said it planned to shut its French plant due to high European power prices.

The plant closure plans prompted analysts at Citi to raise their three-month zinc forecast to $3,700 per tonne from $3,350.

The premium of LME cash zinc over the three-month contract also rose  to $43 a tonne, up from $9.75 two days earlier, indicating tightening nearby supplies.