By Onome Amuge
Base metal prices settled lower Wednesday morning on the London Metal Exchange, with the exception of aluminium which maintained its upward trend, buoyed by supply disruptions in the global market. 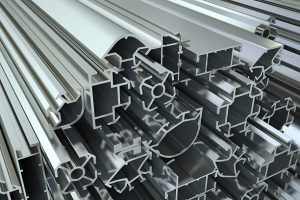 Aluminium, however, gained 0.2 percent to $2,609.50 per tonne. Market data showed that the most widespread metal on earth is enjoying a bullish ride having risen 32 percent this year, second only to tin among the six base metals traded on the LME. Market.
Market watchers also asserted that aluminium’s price rally has been supported by a global economic recovery expected to trigger consumption of aluminium derivatives, including foils and panels. The metal’s bullish trend, they asserted, is also as a result of rising bets that China, the world’s top producer, will curb supply to cut emissions which is expected to further tighten output.

On the other hand, the most-active base metals contracts on the Shanghai Futures Exchange (ShFE) were largely stronger in Wednesday trading, except for October lead which plunged 0.4 percent.
October copper gained 1.0 percent to 69,160 yuan per tonne, October aluminium jumped 0.9 percent to 20,600 yuan per tonne, September nickel was up 1.2 percent to 144,000 yuan per tonne, October zinc gained 1.3 percent to 22,575 yuan per tonne, September tin jumped 2.3 percent to 240,960 yuan per tonne, while October lead fell 0.4 percent at 240,960 yuan per tonne
Market analysts observed that the charts for copper and tin look the most damaged by last week’s sell-offs, while the other metals seem to be generally consolidating, with aluminium continuing to look robust.
They also noted that while the spread of the Delta covid-19 variant appears to be slowing down economic activities, it is further disrupting supply lines and metal mining operations and that may mean users feel the need to hold more stock, which is likely to support prices in the short-term.
Businessamlive Website Stats