According to market reports, U.S. 10-year bond yields hit their highest since 2007, resulting in a decreased demand for aluminium and other base metals. 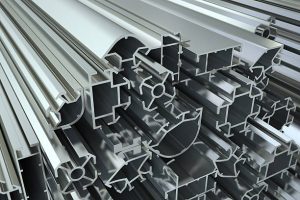 Also pressuring aluminium was the delivery of around 250,000 tonnes into the London Metal Exchange’s warehouse system in the last 10 days, which pointed to ample supply.

Benchmark three-month aluminium on the LME was down 0.6 percent at $2,196 a tonne and down 4.8 percent for the week.

Much of these inflows appeared to reverse late in the week as around 200,000 tonnes were earmarked for shipment out of the LME system, but cash aluminium still traded at a discount to the three-month contract, suggesting that plenty of metal is available, dealers said.

According to analysts, prices of the metal used in packaging, transport and construction have fallen 45 percent from a peak in March as COVID-19 lockdowns in China and rapid interest rate rises in the U.S. and elsewhere weakened the global economy.

Analysts at Goldman Sachs noted that the US’ high interest rates, weak Chinese property sector and slow growth in the European industry are also the drivers of micro headwinds to metals’ end-demand.

“These headwinds will continue to depress base metals’ flat price returns until the Fed ends its tightening cycle,” they said.