In July, President Donald Trump walked out of a working session on Africa at the Group of 20 summit in Hamburg.

In April, Secretary of State Rex Tillerson invited African Union chief Moussa Faki to Washington, and then backed out of the meeting at the last minute. And in March, the administration released a budget blueprint that one analyst says would “slash and burn” development programs in African nations.

In the battle for influence in Africa, policy experts say the United States is losing.

The continent of 1.2 billion has never garnered enough attention from the U.S. and its Western allies, experts say, but Trump’s administration seems especially indifferent. If the U.S. doesn’t prioritize this rapidly growing bloc of countries soon, it will be too late – Africa will have moved on to other partners who will.

Trump’s proposed 2018 budget would cut funding for humanitarian aid by about 30 percent, shifting the focus from assistance to national security in developing nations. While it is unlikely Congress will approve the cuts, policy experts say these actions send a strong message to one of the most aid-dependent regions in the world: You are not a priority. 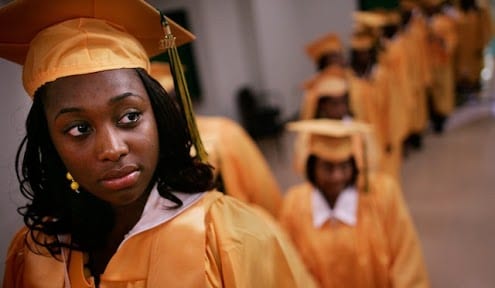 It’s a strong deviation from the last Republican president, George W. Bush, whose administration launched the President’s Emergency Plan for AIDS Relief (PEPFAR) that is credited with saving nearly 12 million lives. And while former President Barack Obama’s Africa policies fell somewhat short of expectations, he did continue many of Bush’s measures and added a few of his own, including the Power Africa initiative to increase electricity access in sub-Saharan Africa.

But former Democratic Sen. Tom Daschle said the Trump administration is “asleep at the wheel” in its dealings with Africa at a panel hosted last week by the progressive think tank Center for American Progress.

“The most disturbing thing is they are looking beyond us at this point,” Reuben Brigety, former U.S. representative to the African Union, said at the panel. “As [African countries] are getting their act increasingly together… They are no longer waiting for us to figure out what we may be doing.”

With the Trump administration’s proposed department restructuring, the Defense Department would absorb many of the civic duties of the State Department and the U.S. Agency for International Development, which together provided more than $8 billion in assistance to Africa in 2015. By relying on a security posture, experts say the U.S.’s capacity to curb famine and conflict and promote development will be severely limited.

“You cannot have a foreign policy in the most diverse continent on earth that is entirely a security-driven policy,” says Richard Downie, acting director of the Center for Strategic and International Studies’ Africa Program. “If you do so, it will just become a reactive, expensive and ultimately pointless exercise where you’re just firefighting from one crisis to another.”

The massive continent should not be overlooked, experts say, because how this bloc of countries develops will shape global events in the future. Over the next 35 years, Africa will account for more than half of the world’s population growth, and Nigeria will surpass the U.S. as the third most populous country in the world, according to United Nations estimates. More than 40 percent of sub-Saharan Africa still lives in poverty, presenting its own set of economic, humanitarian and security challenges for both Africa and global players such as the U.S.

The U.S.’s economic influence has been waning in Africa for years, driven by a decrease in crude oil exports from the continent that began in 2011. The African Growth and Opportunity Act, which was signed into law under former President Bill Clinton and promotes Africa’s integration into the global economy, was renewed in 2015, yet sub-Saharan African exports to the U.S. decreased by about $8 billion that year, according to U.S. Census data.

Meanwhile, as China’s economy has skyrocketed in recent decades, it has shored up its efforts in Africa. China has expanded trade and infrastructure projects, increased its commitment to peacekeeping missions and strengthened its military presence on the continent. Just last week, China sent two Navy warships to Djibouti to establish its first overseas naval base.

China is viewed more favorably in sub-Saharan Africa than anywhere else, according to a global poll released last week by Pew Research Center. And while the U.S. is still largely considered the world’s economic superpower, Africans have experienced some of the steepest drops in confidence in recent years about the U.S.’s global economic position.

Until the continent has further developed its economy, African nations will have to partner with whoever is available, experts say.

“If an African country can’t get what it wants from the West, particularly I’m thinking in terms of arms, it can turn to China as an alternative supplier,” says John Campbell, former ambassador to Nigeria and current fellow at the Council on Foreign Relations. “On a political level, it can also try to play the Chinese card, if Western partners are being, from their perspective, difficult.”

Western countries have criticized China’s controversial business practices in Africa, and say Beijing fails to promote democracy and human rights in repressive countries such as Sudan, Guinea, and Zimbabwe while reaping the benefits of their economic partnerships. In 2009, for example, a private Chinese bank with government ties signed a $7 billion deal with Guinea about one month after military leader Moussa Dadis Camara seized power and backed the mass slaughter and rapes of unarmed protesters.

“Many African governments like to work with the Chinese because it’s traditionally been a strictly business-to-business relationship,” Downie says. “There’s been less conditionality in types of support that the Chinese – especially the state-backed companies – [have] offered to governments.”

China’s noninterference approach has shifted in recent years as Beijing increases its security presence in Africa, but Brigety and others say it is still vitally important that the U.S. and its allies push their values of democracy and honest government on this bloc of developing nations.

“It doesn’t matter what part of government you look at, it just makes sense to be engaged,” Downie says, adding that he is not sure the Trump administration will push those values on foreign partners. “And with a continent of 54 countries, if the U.S. wants to advance its interest in the world – that’s a lot of folks in the U.N., for example – working those diplomatic relationships is important. And that means being physically there, being engaged, trying to assert those values.”

While Campbell says it will be several years before Africa’s economic opportunities are fully realized, the U.S. is positioning itself poorly for the future by not fostering a strong relationship with the continent now.

Campbell and Brigety agree that the Trump administration will have to do a “complete 180 from where it is right now” in order to mend ties with Africa. If that does not happen, Brigety says, U.S. businesses, universities and non-governmental organizations will have to take the initiative to strengthen ties with Africa so that “when we get to a point where our government is ready to build those contacts again, we’ll not be as far behind as we might otherwise be.”