New U.S. sanctions put in place by former President Barack Obama last December – part of a broad suite of actions taken in response to Russia’s alleged meddling in the 2016 presidential election – had made it a crime for American companies to have any business relationship with the FSB, or Federal Security Service.

U.S. authorities had accused the FSB, along with the GRU, Russia’s military intelligence agency, of orchestrating cyber attacks on the campaign of Democratic presidential candidate Hillary Clinton, a charge Moscow denies.

But the sanctions also threatened to imperil the Russian sales operations of Western tech companies. Under a little-understood arrangement, the FSB doubles as a regulator charged with approving the import to Russia of almost all technology that contains encryption, which is used in both sophisticated hardware as well as products like cellphones and laptops.

Worried about the sales impact, business industry groups, including the U.S.-Russia Business Council and the American Chamber of Commerce in Russia, contacted U.S. officials at the American embassy in Moscow and the Treasury, State and Commerce departments, according to five people with direct knowledge of the lobbying effort.

The campaign, which began in January and proved successful in a matter of weeks, has not been previously reported.

The sanctions would have meant the Russian market was “dead for U.S. electronics” said Alexis Rodzianko, president of the American Chamber of Commerce in Russia, who argued against the new restrictions. “Every second Russian has an iPhone, iPad, so they would all switch to Samsungs,” he said. 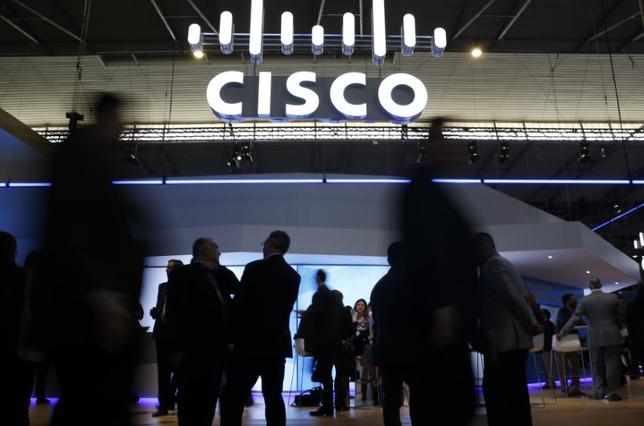 A spokesman for the U.S. Commerce Department Bureau of Industry and Security declined to comment. A State Department official said Washington considered a range of factors before amending the FSB sanction and regularly works with U.S. companies to assess the impact of such policies.

The lobbyists argued the sanction could have stopped the sale of cars, medical devices and heavy equipment, all of which also often contain encrypted software, according to a person involved in the lobbying effort. The goal of the sanctions was to sever U.S. business dealings with the FSB – not end American technology exports to Russia entirely, the industry groups argued.

“The sanction was against a government agency that has many functions, only one of them being hacking the U.S. elections,” said Rodzianko.

The lobbyists assembled representatives from the tech, automotive and manufacturing sectors to make the case to the U.S. Treasury Department, said the person involved in the lobbying effort.

The industry groups did not argue against the intent of the sanction but asked for a narrow exception that would allow them to continue to seek regulatory approvals from the FSB while still keeping in place the broader ban on doing business with the spy agency.

The industry groups represent a number of technology firms with a large presence in Russia, including Cisco and Microsoft.

In order to get encrypted technology into Russia, companies need to obtain the blessing of the FSB, a process that can sometimes take months or even years of negotiation. Before granting that approval, the agency can demand sensitive security data about the product, including source code – instructions that control the basic operations of computer equipment.

The United States has accused Russia of a growing number of cyber attacks against the West. U.S. officials say they are concerned that Moscow’s reviews of product secrets could be used to find vulnerabilities to hack into the products.

Some U.S. government officials rejected the industry groups’ arguments. They openly embraced the prospect of any ripple effect that cut further trade with Russia.

Kevin Wolf was assistant secretary at the Commerce Department and oversaw export control policy when the FSB sanction was put in place. Wolf said within days of the sanction taking effect, Commerce received numerous calls from industry groups and companies warning of the unintended consequences.

But for Wolf, who was “furious” with Moscow over the alleged cyber attacks, any additional curbs on trade with Russia was a bonus rather than an unintended downside.

“I said, ‘Great, terrific, fuck ’em … The whole point is to interfere with trade’,” recounted Wolf. “The sanction was meant to impose pain (on Russia) and send a signal as punishment for very bad acts.”

Other officials felt that the impact on legitimate trade was too great. “The intention of the sanction was not to cut off tech trade with Russia,” said a U.S. official with direct knowledge of the process.

The lobbyists had also argued that since the sanctions only applied to U.S. technology makers, it would put them at a disadvantage to European and Asian companies who would still be able to interact with the FSB and sell products in Russia.

“We were asking for a narrow technical fix that would give a fair deal for American companies,” Dan Russell, CEO of the U.S.-Russia Business Council, said in an interview.

The advocacy worked. State and Treasury officials began working to tweak the sanction in January before Obama left office, according to people involved in the process.

On Feb. 2, the Treasury Department created an exception to the sanction, about two weeks after Trump took office, to allow tech companies to continue to obtain approvals from the FSB.

Why I‘m so skeptical about bitcoin – Axel Weber, UBS chairman

Cost of living increases as September inflation comes in at 11.24%