Following a third quarter earnings decline analysts at FBN Quest Capital Research say they expect to see a subdued reaction from the market to the shares of Fidelity Bank, even while noting that on a year-to-date (YTD) basis, the lender’s shares have outperformed the Nigerian Stock Exchange All-Share-Index, rallying +19.0 per cent compared with 13.1 per cent return on the index. 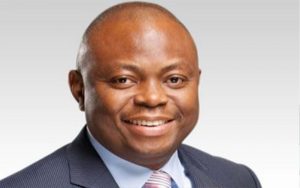 Fidelity Bank Plc saw its third quarter profit before tax (PBT) fall by -13 per cent year on year to N9.4 billion from the N10.8 billion recorded in the corresponding period of 2019. A spike in loan loss provisions accounted for the offset of a 4 per cent year on year increase in pre-provision profits, according to the bank’s recently released financials.

The bank’s condensed unaudited financial statements for the period ended 30 September 2020 accessed by Business A.M. on the NSE website shows that the bank also recorded a N1.5 billion decrease in its profit after tax to N9.1 billion for the period under review from N10.6 billion recorded in the third quarter of 2019.

On a quarter on quarter analysis, the bank’s non-interest income fell by -59 per cent. Though, the year on year reduction in non-interest income was underpinned by a combination of factors including a -N526 million loss in other operating income as against the N1.9 billion in Q3 2019, a -N330 million loss in T-bill trading income and a -31 per cent deduction in net fee and commission income.

Although Fidelity’s Q3 2020 results showed a marked decline in earnings, its PBT and PAT beat forecasts by significant margins due to positive surprises in loan loss provisions and operating expenditures.  On an annualised basis, Fidelity’s 9 month PAT (ex other comprehensive income) implies a return on assets and equities (ROAE) of 11.0 per cent.