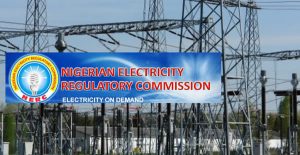 Analysts have weighed in on Nigerian Electricity Regulatory Commission’s (NERC) comment that it would not review electricity tariff unless Electricity Distribution Companies (DisCos) meter all their customers, and theri verdict is that it is unrealistic for DisCos to meter over four million customers anytime soon.

Metering continues to be the bone of contention between DisCos and their customers after NERC, in its report, revealed that only 42.2 percent of the registered customers were metered. The Nigerian electricity sector has been privatized since 2013, when the provision of meters to customers became the responsibility of the DisCos. However, five years after the DisCos took over the assets, many say they are baffled that they are yet to do a complete customer enumeration, much less customer metering.

Most DisCos started enumeration of customers in 2017, despite having been in operation and collecting tariffs. Ibadan Electricity Distribution Company (IBEDC) started its customer enumeration projects late last year, and would not be concluded until 2019; Ikeja Electric also launched its first customer enumeration in 2015 but was abandoned and later revisited in 2017.

Enugu Electricity Distribution Company (EEDC), which has been commended on its enumeration programme also commenced in 2017.

Customers’ enumeration is a major input for setting tariffs as tariffs can’t be set in isolation of number of customers being served, and it has been described as a sad reality that no DisCo knows the precise number of customers they provide electricity for. Customers’ enumeration was part of their service agreement but the DisCos have refused to properly carry out one of their most basic obligations as service providers.

“I think to what NERC is trying to do, is that DisCos must enumerate their customers. This is different from metering, so enumeration is DisCos knowing how many customers they are serving,” Odion Omofoman, an energy expert and chief executive officer, New Hampshire Capital Ltd explained in a phone interview.

“The critical factor is that the DisCos must achieve some level of enumeration of customers. Tariff setting can’t be done without knowing the number of customers. In my view, any DisCo that has gotten up to 80 percent of customers’ enumeration, should be given the right to set its tariff,” he continued.

Observers say DisCos have been negligent and nonchalant in this regard. “This negligence and nonchalance of the DisCos also begs questions like on what basis were they setting tariffs if they had no idea the number of customers they were serving?” asked one energy analyst.

Without exaggeration, metering and tariff are at the root of the electricity value chain and might make or break the industry. For consumers, metering is still the only hope for more regular power supply and an end to estimated billing

But DisCos say they are unable to provide meters because the tariffs are low. They cite tariff as their biggest problem because it is hard to attract investments when tariff is low, and revenue collected is barely covering operating expenses, much less, making a profit.

The DisCos have been unable to finance the acquisition and installation of meters, which in turn has allowed high commercial and collection losses to continue to plague Nigeria’s electricity sector.

Kareem Jubril, an energy analyst with EcoBank who also spoke to business a.m. disagreed with NERC and said “looking at the current tariff, it is highly below cost, it is not cost reflective. I honestly believe that once the DisCos are charging the right amount of the electricity supplied, then they can have enough revenue to cover their costs and invest in customer equipment.”

He said the tariff review should come first and be implemented as planned, and attributed this to political unwillingness, as elections are around the corner.

He added that post 2019 elections, we would mostly see an upward review of the tariff.

However, customers suffer great distress from estimated billings that has bedevilled the sector over the years. Omofoman said that there has to be a realistic way to measure customers’ energy consumption as opposed to estimated billing.

Estimated billing has been described as “arbitrary billing (estimated billing) of customers,” whereby customers are charged for electricity, whether they have or not, and the Nigerian extractive industry transparency initiative, NEITI, in its latest audit reports, also identified non-metering as a major source of revenue loss in the country.

An initiative that has been applauded by all stakeholders in the industry is the Meter Asset Provider Regulations (MAPR), which was launched by NERC to bridge the metering gap. It also has the overarching objective of eliminating the estimated billing system.

Metering would be totally out of the DisCos’ hands by next year when the first batch comes in, Omofoman said. On customers’ enumeration, he noted that some DisCos have actually concluded almost 70 percent of their enumeration exercise, and might conclude before the end of this year, a greater urgency has been expressed by the DisCos to complete the process and NERC has also directed them to complete the enumeration.

Analysts at United Capital also said that 100 percent metering of customers is critical to unlocking opportunities across the value chain.