Seplat Petroleum company has announced that the Court of Appeal sitting in Lagos on Friday suspended the order of interlocutory injunctions made by the Lagos Federal High Court that led to the sealing of the oil company’s corporate head office situated in a building located at 16A Temple Road, Ikoyi, Lagos, a building which is not owned by Seplat. The court suspended the order, upholding Seplat’s application. 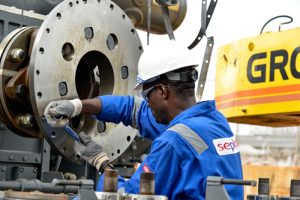 On 2nd December 2020, the building in which Seplat’s corporate head office is located, was sealed in connection with a court case concerning an outstanding loan to Access Bank Plc by Cardinal Drilling Services Limited (“Cardinal Drilling”), a third-party providing drilling services to Seplat.

Seplat said in a statement that the Friday’s decision by the Court of Appeal demonstrates the strength of its case.

“Seplat will continue to vigorously defend itself against its unmerited inclusion in the court action by Access Bank Plc,” the oil company said.