Chinese consumers may be staging an “informal boycott” of U.S. products that is hitting Apple Inc. iPhones, according to analysts at Bank of America Merrill Lynch.

If that’s the case, it would help explain Apple’s warning last week that revenue from the world’s second-largest economy was taking a hit 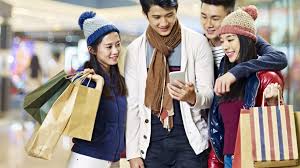 “According to a survey conducted by our colleagues in equity research, consumers in China and India are showing less interest in upgrading to an iPhone and more interest in upgrading to Xiaomi and Samsung,” Bank of America Merrill Lynch economists Ethan Harris and Aditya Bhave wrote in a recent note. “Apple sales may also suffer from a general redirection of Chinese demand away from U.S. products.

The economists note there are a bunch of industry-specific factors and competitive reasons behind the downbeat forecast by Apple which may limit its value as an indicator on the health of the Chinese economy. Still Apple’s high profile and increasing talk about technology in the trade tensions, could make the American company a victim.

“Given the battles around high tech, this spillover from politics into sales could be particularly high in the cell phone market.”

“The weakness illustrates the many ways in which the U.S.-China trade war can hurt the U.S. as well,” they wrote, outlining three key drags:

Trade war fears have already undercut the U.S. equity market and fears of a hard landing for China add to that pressure

The trade war tends to weaken the yuan, making a broad range of U.S. products less competitive and lowering the dollar value of earnings overseas

Harris and Bhave expect the trade war could switch to having a greater impact on the U.S. economy rather than China’s by spring. That’s because any further tariffs would be felt more directly by U.S. shoppers, the boost from prior fiscal easing is fading, and China has more scope to support its economy.

“The upshot is that while China is currently slowing faster than the U.S., by the spring we expect growth in China to start to pick up, even as the U.S. continues to slow down,” they wrote. “Everyone loses in a trade war.”