Apple Inc has started a program in Shanghai to help Chinese developers create apps as part of the iPhone maker’s efforts to build out its services business in one of its most critical overseas markets. 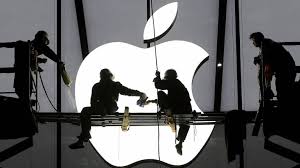 The program, will hold lectures, workshops and networking sessions for developers regularly, the company said in a statement on Tuesday. More than 2.5 million developers for Apple’s platforms are from greater China, a region that includes Taiwan, Hong Kong, and mainland China.

The launch comes at a time when iPhone sales in China – and the world – have slowed and CEO Tim Cook has talked up Apple’s services business in the country as a bright spot. The services business gets revenue from apps, media, and other software.

On Tuesday, a report from research firm Evercore ISI said that Apple’s services revenue had likely risen over the quarter ended June, driven in part by growth in China.

Apple opened a similar accelerator in 2017 in Bengaluru, India. Both the Indian and Chinese smartphone markets are dominated by companies who make Android-based devices, such as Xiaomi and Samsung Electronics Co Ltd.

To add to slowing sales, Apple has also been caught up in a trade war between Washington and Beijing.

According to Japan’s Nikkei, Apple has asked suppliers to assess the cost implications of moving some production capacity out of China. Foxconn, a major contractor for Apple, has said it is prepared to move Apple manufacturing out of China if needed.