In Owerri, capital of Imo State, south-east of Nigeria, Nworie Lane Industrial Market is the hub of textile materials and the home of tailors, as well as fashion designers located along Douglas Road, Owerri, one of the busiest roads in the city. 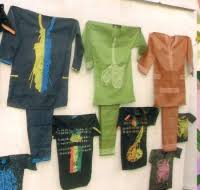 At Nworie Lane Industrial Market, business men and women were doing their legitimate businesses at ease until recently when things began to change. Most of the business owners began to lament and decry the over 300 percent rent hike and the consequent ejection of business men and women who could not afford the high rent placed on shops; and the welcoming of those who could afford to pay.
business a.m.’s investigations reveal that the demolition of Ekeukwu Owerri (main market) and new market along Douglas Road was one of the reasons shop owners hiked shop rent to N20,00 from about N5,000 per month, a 300 percent increase.
Nworie Lane Industrial Market was built for tailors, fashion designers and dealers in tailoring materials as well as allied businesses. The market has been serving this purpose, for which it waof such allied businesses after Aba in the south east zone.
“Before the demolition of Ekeukwu Owerri market, we were paying N5,000 monthly as rent but since the demolition, you can’t believe it that people are telling tailors to pay N15,000 to N20,000 monthly for market stall that has no convenience,” Blessing Njoku, a lady fashion designer said.
The hiking of the rent and the consequent permission given to the general goods dealers to come into the industrial market to displace the original allottees of the shops was not the original intention of the government for establishing the market, lamented a tailor, who pleaded anonymity.
Chima Egenti, alleged the chairman of the traders union in the Industrial Lane, Jude Dike, was behind the hike in rent because he has many stalls under rent.
“We have been operating in the Nworie Lane industrial cluster and government reserved this place for us so that we can be together, but those who bought the shops from the government in the name of tailors are now trying to show their wickedness to us,” Egenti said.
Speaking also in an interview, Patrick Okorafor, managing director of Paddy Tailors, said it was unfortunate that the chairman was behind what was happening.
Okorafor said the building of the shops by the government was done in response to the demand of the tailors, and fashion designers in the state but the shop owners have failed to consider the interest of those operating in the industrial market that the government put into consideration in building the place.
In his reaction, Jude Dike, chairman of the Nworie Lane Industrial Market denied the allegations, saying that no person has been ejected because of failing to pay the rent.
He said where rents were increased it was as a result of traders or tailors who were owing.