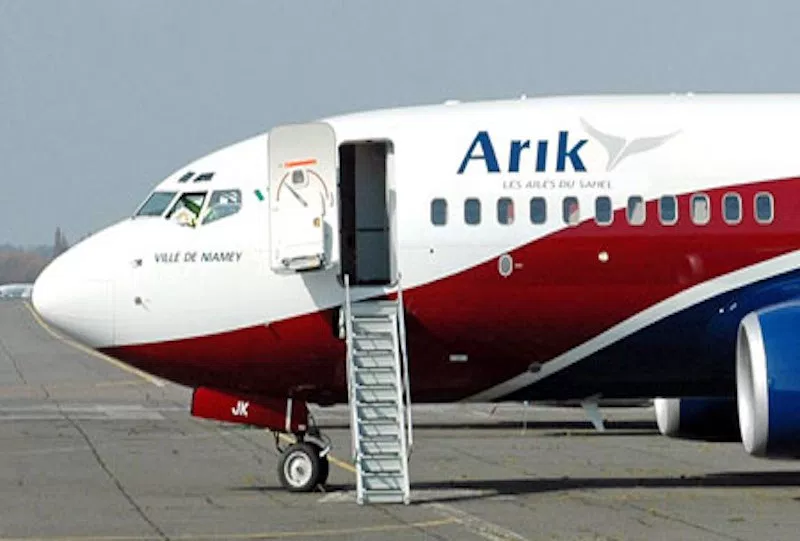 Arik Airline says it is ready for the exit of the Asset Management Corporation of Nigeria (AMCON), which took the management of the airline in 2017 following its insolvent status.

AMCON took over the assets of Arik Air in February 2017 and placed it under receivership over alleged mismanagement and debt in excess of N300 billion by its former owners.

The airline in a statement however said its lots have improved quickly and was prepared for AMCON exit.

“Since the current management took over the airline operation its Earnings Before Interest, Taxes, Depreciation and Amortization (EBITDA) is positive, customers’ confidence has been restored. On Time Performance (OTP) is over 70 percent from as low as 30 percent. Load factors on domestic routes are over 80 percent, flight cancellations are down to less than one percent from over 40 percent. Salaries are paid as at when due, pensions are being remitted, all current obligations are being met and the company is prepared for AMCON exit,” the airline said in a statement.

Arik Air also said it had completed C-Check on two aircraft and had received the planes back on its fleet in preparation for the yuletide.

The C-Check was conducted on a Q-400 and a Boeing 737-800 by Lufthansa Technik AG in Malta. The aircraft returned at the weekend.

Roy Ilegbodu, Arik CEO said the Asset Management Corporation of Nigeria (AMCON) planned to receive additional two aircraft expected to return from C-Checks this December and the last one in January.

According to him, over the last two years the current management has been working hard to improve the number of serviceable aircraft in the airline’ s fleet, saying the efforts are yielding results.

The Arik fleet are nearly mid-life and such require major overhaul of engines, landing gear, etc. Unfortunately, Arik in addition to being over burdened by debts, had no reserves. The company was simply in a fix. The significant work done to date has therefore been the result of prudent management of resources and the support of Asset Management Corporation of Nigeria (AMCON).

“We are pleased to announce the return of some of our airplanes, following positive resolution of our outstanding debts with African Export Import Bank (AFREXIM) and strong support from Lufthansa Technik AG. We are aware that our services are critical to numerous travelers in this festive season, and we are ready for the challenges ahead with improved schedule in our domestic and regional network and excellent customer experience,” Ilegbodu, the airline’s CEO was quoted in the statement.