Against all odds, Nigeria arrested global  attention last week following a successful trial of 5G by the biggest telecommunication company in the country, MTN, in a process midwifed by the industry regulator, the Nigerian Communications Commission (NCC).  This development has 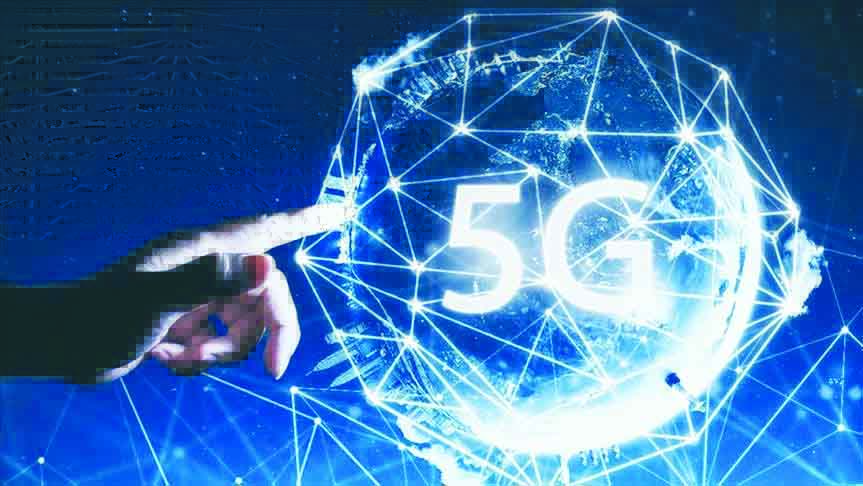 In the global scene, the arrival of the fifth generation (5G) technology has generated much buzz in the last one year. Countries and telecoms operators alike that are aware of the many benefits attached to being an early adopter a technology that provides the fastest internet speed the world has ever seen, have rolled up their sleeves.

Given past experience, one would have expected Nigeria to play catch-up role in 5G thinking. On the contrary however, the country is having it differently this time with the demonstration and mini-launch of the service in the three cities of Abuja, Calabar and Lagos by MTN. This, unarguably, has heralded a new dawn, and it is believed that in no time, other operators in the country will follow suit.

5G is the fifth-generation cellular network technology. The industry association 3GPP defines any system using “5G NR” software as, “5G”, a definition that came into general use late last year. Others may reserve the term for systems that meet the requirements of the International Telecoms Union (ITU) International Mobile Telecommunications (IMT)-2020.

Meanwhile, until one gets to know pretty much about the technology, it may be easy to say: this is just another of such technologies that campaign in poetry but end up governing in prose. But by all standards, this is not the case as far as 5G is concerned.

The technology has better coverage area and high data rate at the edge of the cell. This was demonstrated during a comparison test on both 4G and 5G networks in Lagos on Thursday. It took just 15.78 seconds to download a 2.3 GB video on the 5G network.

Conversely, the same file on 4G took exactly 5 minutes, 3.84 seconds, putting the 5G speed about 20 times faster than 4G. Also, download speed on the 4G network was just about 68.2 Mbps, which is a little fraction compared to that of 5G. Worthy of note also is that the 4G network is on the 2600 MHz band and 5G on 26 GHz. Unlike fibre optic that requires laying cables, 5G infrastructure basically works on cloud-based architecture.

In addition to these is the fact that the technology, which is now seen as the new bride, has low battery consumption, availability of multiple data transfer rate, around 1Gbps data rate is easily possible, security is higher and energy efficiency and spectra efficiency are as well good.

The fifth generation technology is an advanced wireless technology and can simply be described as the network connectivity of the future.

It was five years ago that Nigeria commenced planning for a 5G revolution when the NCC started licensing about six infrastructure companies (Infracos) to roll out broadband networks over a period of four years across all 774 Local Government areas in the country within four years. This was briefly after the commercial rollout of 4G, and the plan rode conveniently on the back of NNC’s adoption of Open Access Model (OAM) and Optimum Spectrum Utilization to address the fixed and wireless broadband infrastructure deficits (gaps) respectively. It was done to ensure national spread of broadband penetration which as at October 2019, stood at 37.78 per cent.

However, the implementation of the initiative will be procedural based on a deployment strategy that put first economic viable areas to, one the one hand, meet the need of the urban areas, and on the other, enable investors to recoup returns on their investment; and from there, spread to other parts of the country.

According to Professor Danbatta, the Executive Vice Chairman of the NCC, the InfraCos will deploy at least one fibre Point of Access (PoA) in every LGA across the country and each fibre PoA will have a capacity of 10 Gigabit per second (Gbps).

Meanwhile, the NCC had been seen in months past engaging with relevant global bodies such as the Global System for Mobile Communication Association (GSMA) to strategise on the best way for the country attain its dream of a 5G regime.

Another move taken by the regulator towards achieving the new Internet technology is the reservation of spectrum for the roll-out of broadband services. The NCC has reserved about three which are in 26 gigahertz (GHz), 38GHz and 42GHz. “These frequencies exist and we are not licensing them for any other application.

“We are waiting in anticipation for the standardisation process to be completed at the World Radio Communication (WRC) in Egypt and then, we can see how we can go forward with licensing process in the three frequencies,” the NCC boss had said.

MTN as the trailblazer

Ahead of 2020 slated for commercial rollout of 5G, MTN Nigeria has set the pace just for other operators to trail. It embarked on the non-commercial trial and demonstration of the technology to the delight of Nigerians, including the federal government.

The pilot run of 5G had taken place in three places with the first being Abuja on Monday November 25; followed by Calabar on November 29, and later on December 5, at the MTN Head Office in Lagos.

MTN’s Chief Technical Officer, Mohammed Rufai, said at the programme that the exercise was in continuation of the company’s effort toward educating Nigerians about the new technology, pending its approval by the Nigerian Communications Commission (NCC).

Represented at the event by Kenneth Udekwu, an Assistant Director, Rufai said: “What we have done today is not official unveiling of 5G but rather to continue to educate the public on the uniqueness of the 5G product. It is first of its kind in West Africa,” he said.

The euphoria sparked by the benefits promised by the introduction of the 5G technology notwithstanding, there are unresolved issues in the Nigerian telecommunication sector that if carried over, can frustrate the efforts required to usher in the new era.

At a time when operators still struggle to deepen, 3G and 4G facilities because of insufficient infrastructure, reluctance to raise investment by operators due to lack of security, multiple taxation, among others, the coming of 5G, which is even more expensive may equally be immersed in this mess unless the issues are brought to logical end.

On lack of infrastructure, the NCC boss stated recently that the country is 41,000 short of the 80,000 base transceiver stations (BTSs) required to provide ubiquitous telecoms services in the country.

According to the President of Association of Telecommunication Companies of Nigeria (ATCON), Olusola Teniola, at least N2.39 trillion would be required to provide the missing infrastructure with each BTS rendering at 4G services.

Although, in respect of 5G, Teniola said it is too early to determine the exact total cost that will be required to fully deploy 5G in support of Internet of Things (IoT) due to the fact that spectrum process and full specification for 5G has not been agreed by all vendors.

According to him, 5G is more than the technology and equipment that will be purchased but includes changes and transformation in business models across all sectors.

“So over the next ten years or more, there is definitely going to be a need for long term international institutional funding with the assistance of government targeted funding,” he said.

Even as the 5G era creeps in, experts have observed that 4G will continue to be relevant in years to come. As Teniola puts it, the roll out of 5G will be in regions and areas that seek ultra-low latency and extremely high speed connectivity such as Enterprises and Use Cases that justify the investments required to provide the benefits to the end users.

According to him, the focus of 5G is on infrastructure and that is predominantly on the back of extensive fiber presence. “Fortunately, that requirement is a prerequisite for 4G and in the case of Nigeria there are plans in place to more than triple the deployment of fibre across the country.”

In a separate development, vice president of Huawei, Southern Africa, David Chen, said recently that operators in sub-Saharan Africa (SSA) would have to scale up investment on provision of 4G LTE connectivity.

According to him, this is borne out of a projection that by 2025, over 80 million new users are going to join the long term evolution mode of connectivity in the region, adding that the mobile broadband penetration rate in Africa is only 47 per cent, while 4G penetration rate is merely 10 per cent.

“In the next few years, 5G will mainly be used in more industrial communications while LTE will remain the primary choice for global mobile communications through 2025. It will form the basic layer of national networks, especially when it comes to mobile broadband access,” he said.

The foregoing is a subtle caveat that as much as admiration is advanced towards the new bride, 5G, 4G, which according to experts is scalable, should keep receiving investment attention.

Although, operators have maintain that there already is a digital divide and should the situation presents itself that affordability, accessibility and availability of 5G is concentrated in the urban centres, then Government needs to ensure that the Digital Economy Policy and Strategy drive of the current administration is fully implemented in a manner that reduces the number of the current market gaps, numbering 113, to avoid digital gaps.

To enable seamless deployment of 5G technology, telecoms operators have charged the government to provide tax incentives for the adoption of this new technology and encourage an enabling environment that facilitates the growth of digital literacy and youth engagement so that key areas that Government wants to address will be supported by the populace on one side and service providers on the other. They added that local content will also be key in ensuring the pervasiveness and seamless rollout of 5G.

It is laudable that Nigeria has taken a giant stride with the recorded success of the recent 5G trial in the country, industry experts, however, hold that more should be done to take this to maturity, while also reiterating the need to reduce digital divide and make 4G more pervasive across the country.