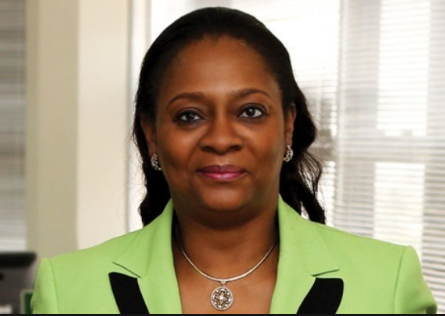 Arunma Oteh the immediate past World Bank treasurer has been appointed as a non-executive director of Ecobank Transnational Incorporated (ETI), the parent company of the Ecobank Group.

The banking group notified the Nigerian Stock Exchange (NSE) of the development in a statement on Friday.

She recently joined Oxford University as an Academic Scholar at St. Antony’s College and an Executive-in-Residence at SAID Business School, with her research areas of focus named as capital markets, development and financial technology.

She was also responsible for an extensive public sector financial advisory business and back office operations, administering payments of over $7 trillion. Prior to joining the World Bank, Oteh was director general of the Securities and Exchange Commission (SEC), Nigeria from 2010 to 2015.

During this period, she led the rebuilding of the Nigerian capital markets after the global financial crisis and served on Nigeria’s Economic Management team. Previous to SEC Nigeria, she worked at the Africa Development Bank for 17 years in a variety of roles including group vice president, corporate services (2006 to 2009) and group treasurer (2001 to 2006).

Her career in finance started at Centre Point Investments Limited, Nigeria in 1985. During her stellar 33-year career, Oteh also served on several boards, notably, the International Organization of Securities Commissions (2010 to 2015), which regulates 95 percent of the world’s securities markets and the pioneer Board of the International Financing Facility for Immunization (2006 to 2011).

She also served on the Board of the Nigerian Pension Commission, the World Economic Forum Agenda Council on Institutional Governance, and the Africa Advisory Council for World Women’s Banking. In 2011, in recognition of her contribution to the economic development of Nigeria and role in transforming the Nigerian capital markets, she was awarded the Officer of the Order of the Niger (OON) National Honour.

Oteh holds a masters degree in Business Administration from Harvard Business School and a First Class Honors Bachelor of Science Degree from the University of Nigeria, Nsukka.