Along the Federal Secretariat Road extension, off the ever busy Port Harcourt Road, Owerri in Imo State is Regisgate Hotel, one ofthe better known hotels in the city. It is said to be unique because of theservices and the maintenance culture the management and staff haveimbibed and offer to their publics, as well as the special cuisineknown as “Regisgate Special”, a special peppery preparation, which could come in the formof fish, beef, snail, and goat meat dish. 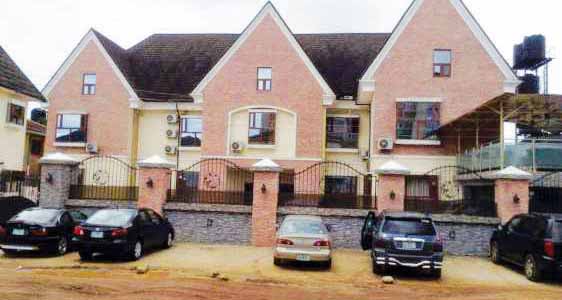 Guests who spoke to business a.m. on condition of anonymity and said theywere regular lodgers, stated   “it is only at Regisgate Hotel this typeof food can be served and it marks the hotel out from others inOwerri”.

A first time guest or visitor to the hotel would be forgiven if they thought thatRegisgate is less than one year old because of the maintenance culture which is superb. The facilities, premises, walls, both outside  and inside look fresh and scintillating,in addition  to the prompt quality service rendered  to guests or lodgers  are outstanding.

Anthony UchennaOkoli, the generalmanager told business a.m. in an interview at the hotel thus:

According to him, “Our services are very high and superb; we try to maintain the standard and because of the standard that we sustain, people from the state and outside the state patronizeus,” he said.

At the bar, guests are offered variety of drinks, ranging from non-alcoholic drinks to whisky, champagne, brandy, and any other thing acustomer needs but which is found to be out of stock, “wego out and get it for the guest because they are the reason why we arehere and in business,” the general manager said.

There is a swimming pool with its own bar where a variety of drinks and finger foods are on offer. There is the uniquely named, “Regisgate Special”, which the general manager explained as a special peppered, that comes as gizzard, beef, fish, stock fish, goat meat, and which Okoli boasts, “and you cannot find that outside, apart from Regisgate,” he disclosed. It is patronized by as much as 80percent of the guests.

Regisgate Hotel has 30 rooms which are categorized into four – Royal Suites, Ambassadorial, Continental and the Majestic, which is thelowest in grading; but every room, he said, has a king-size bed, and this is a common feature of the beds in Regisgate Hotel limited.

The general manager informed that there are special two-single roomscalled “ALCOVE” with a single bed each and “because of the nature ofthe rooms they are always occupied. They are affordable and everyguest would want to have it”.

He noted also that the rooms have different bed designs depending onthe seasons. “At Christmas, we have a different bed setting; at Easter and at Valentine’s Day also, but one fascinating thingabout our rooms is that they are wide,” he said.

He explains: “Even if you do not want to be in Suite and you have aboutfive family members, you can still be in one room (ALCOVE) with your load, itwill accommodate all of you,” he said.

Amongst other things the internet facilities are free, there is free Wi-Fi on the premises, in the rooms, and the swimming pool isoffered free of charge for any guest and those with him.

“The bed size is one of those things that make us unique. The bed ishigh, the foam is also high, we also use semi orthopedic foam in allour rooms, when you come into the Regisgate Hotel, the rooms look likea king’s palace,” he concluded.