Autocheck, Africa’s leading automotive technology company facilitating auto financing, has secured a seed funding round worth $13.1 million which it plans to deploy in expanding its operational capacity across the African continent. 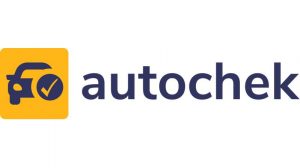 A statement by the Nigerian autotech company said the new funding, secured just under a year after its $3.4 million pre-seed raise, was preempted by leading investors – TLcom Capital and 4DX Ventures – to intensify its growth strategy, bolster its core auto loan processing platform, and deepen its footprint in West Africa, starting with its recent entry into Cote d’Ivoire.
In addition, the company stated that it is rapidly expanding its footprint across East Africa, following its recent acquisition of Cheki Kenya and Cheki Uganda, East Africa’s leading online auto marketplace.

To further deepen its expansion, the company said it will leverage Toyota Tsusho’s vast retail network across 46 African countries as part of the investment by Mobility54.
Commenting on the next phase of Autochek’s rapid growth following its fundraise, Etop Ikpe, founder and chief executive of Autochek, said the company’s  driving force is to increase financing penetration on the continent.
“We are extremely delighted with the progress we’ve made in a short amount of time. With this funding and the support of our strategic investors, the entire team at Autochek are dedicated to delivering exceptional service for customers and partners, as well as deploying our technology across Africa,” he noted.
In his remark, Andreata Muforo, partner at TLcom, said Autochek has achieved significant traction in one of Africa’s key verticals and is making impressive progress in bringing transparency and efficiency in the complex and fragmented industry.
He added that the foundation of the company’s growth has been the strong leadership of its founder, whose  world-class experience in the automotive market gave TLcom the confidence to initially invest in Autochek in 2020.
“We look forward to the next chapter of Autochek’s growth as it continues to unlock the major upside which has remained dormant in Africa’s automotive sector for decades,”  Muforo said.
On his part, Walter Baddoo, managing partner at 4DX Ventures, said Autochek is revolutionising the auto industry in Africa by offering the convenience and selection advantage of an auto e-commerce platform together with the added flexibility of financing.
Baddoo expressed pleasure working with the Autochek team and partnering to pursue the next phase of growth, noting that they have demonstrated the talent, ambition, and domain expertise needed to build a complete end-to-end car ownership experience for customers.
Businessamlive Website Stats