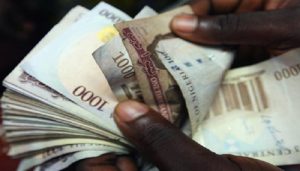 This shows a decline of N1.14tn or 50.89 per cent reduction in the banks’ NPL portfolio.

The National Bureau of Statistics disclosed this in its banking sector report which was released in Abuja on Tuesday.

According to the bureau, while the loans provided by the banks have assumed an upward trajectory, the NPLs have been on the decline.

However, while 16 sectors recorded decline in NPL portfolio, about four others recorded a slight increase in NPLs.

The NBS report also stated that the banking sector recorded 800,201,498 volume of transactions valued at N42.76tn within the third quarter of this year.

In terms of credit to private sector, the report put the total value of credit allocated by the banks at N16.25tn as of the end of the third quarter.

The report stated that oil and gas and manufacturing sectors got N3.39tn and N2.57tn to record the highest credit allocations during the period under review.