Bureaux de change operators are intensifying their longstanding clamour to act as agents for Diaspora remittances into the country, and they are mounting a strong campaign to see that the Central Bank of Nigeria (CBN) gives them a listening ear. 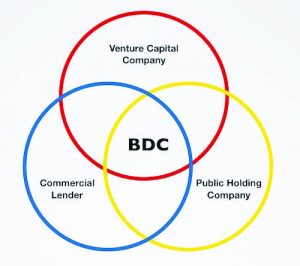 Under the aegis of the Association of Bureaux De Change Operators of Nigeria (ABCON), they are specifically calling on the CBN to make BDCs payout agents for Diaspora remittances.

They argued that they deserve to be payout agents because BDCs are the biggest foreign currency operators in the country, noting that by making them payout agents for Diaspora remittances it will shield the market from forex cartel that won’t observe rules set by the apex bank.

Aminu Gwadabe, ABCON president, told journalists in Lagos that the CBN should capitalise on the more than 5,000 authorized BDCs across the six geopolitical zones of Nigeria to get the greenback flawlessly to recipients. He also said the plan would help in giving a more beneficial channel to Nigerians in the Diaspora to transmit funds back to the country to support economic development.

According to the ABCON chief, the yearly remittance inflow of nearly $25 billion is basic to Nigeria’s currency management and stability should be given to consistent flow to the economy as such funds would uphold Nigeria’s balance of payment position, reduce dependence on external borrowing and moderate the effect of COVID-19 on foreign exchange inflows into the nation.

Gwadabe further clarified that such a move will help in accomplishing market value balance, offer profundity to the forex market, support dollar liquidity in the market, improve foreign reserves accretion and promote exchange rate stability, adding that the need to carry BDCs into the Diaspora settlements collection business has become critical after reports of abuse by Mobile Money Operators (MMOs), which contradicted to paying remittance recipients in dollars as required by the CBN.

Gwadabe welcomed the CBN’s directive permitting beneficiaries of Diaspora Remittances through International Money Transfer Operators (IMTOs) to consequently get such inflows in foreign cash (US Dollars) through the assigned bank of their choice, saying it will stop misbehaviours interminably making dollar scant and keeping the local currency helpless before the greenback. He said the CBN’s mandates have supported the naira to bounce back to N465 per dollar in the parallel market and should be maintained.

Interestingly, observed data on IMTOs inflows into the nation over the previous years and several checks found that some IMTOs, rather than contend on improving transaction volumes and make more effective ways for Nigerians in the Diaspora to remit funds turned to taking part in arbitrage arrangements on the naira-dollar swapping scale, which to a large extent resulted in a significant drop in flows into the country. However, the apex bank had additionally reprimanded MMOs for ridiculing its mandates, insisting that despite spelling out procedures “regrettably, a few operators continue to pay remittances in local currency contrary to the regulatory directive”.

Meanwhile, Gwadabe insists that for Nigeria to get the full value of what is due to her in the remittance market, BDCs have to be included in the remittances payment channels and be allowed to receive funds from Nigerians in Diaspora. The remittances are likewise higher than both Foreign Direct Investment and foreign aids flow to the economy and still, are less expensive sources of funds.