The equities and treasury bills segments of the Nigerian capital market were both ruled by the bears as another weekly trade commenced on Monday, leaving the former with N29 billion loss while the latter recorded 18bps increase in average yield. 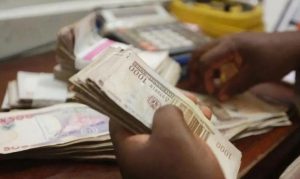 As the bears continued to dominate the domestic equities market, the NSE All Share Index (NSEASI) depreciated by 0.22 per cent to close at 26,390.08 points, worsening its Year-to-Date (YTD) returns to stands at -16.04 per cent.

Similarly, total valuation of equities quoted on the nation’s bourse closed lower at N12.847 trillion after shedding N29 billion in the day’s trading.

Losses were evident across all sectors, with the exception of the Oil & Gas sector which closed flat. The Insurance index shed 1.44 per cent, Banking index lost 0.45 per cent, Industrial Goods index declined by 0.28 per cent and Consumer goods index fell marginally by 0.01 per cent.

Other advancers include LAWUNION which gained N0.04 and CONERST which added N0.03 to its share price to close at N0.51and N0.35 per share respectively.

Other decliners are UBA and Access Bank plc, both losing N0.05 to close at N5.70 and N7.30 per share respectively.

Meanwhile, in the money market, the overnight lending rate widened by 193bps to 7.79%, following the Central bank of Nigeria’s (CBN’s) liquidity mop-up via an open market option (OMO) auction held during the day.

Activities in the treasury bills market were bearish as the average yield increased by 18 basis points (bps) to 12.61 per cent.

Trading in the treasury bonds market was mixed, albeit with a bullish tilt, as the average yield declined by 1bp to 14.10 per cent. Yields contracted across the short (-1bps) and long (-6bps) segments of the curve, following investors’ buying interest in the JUL-2021 (-15bps) and MAR-2036 (-12bps) bonds.

Conversely, the average yield expanded at the mid (+3bps) segment of the curve following investor sell-offs of the MAR-2027 (+10bps) bond.