The enormity of the youth problem in Africa has ostensibly attracted a large number of supposed solution providers. For instance, non-governmental organisations that theoretically focus on the youth problem are by far more than the number focusing on other thematic areas. Notwithstanding the scale of engagement of NGOs and governments in the youth question the challenges of restiveness, violence, cultism, gangsterism still abound. 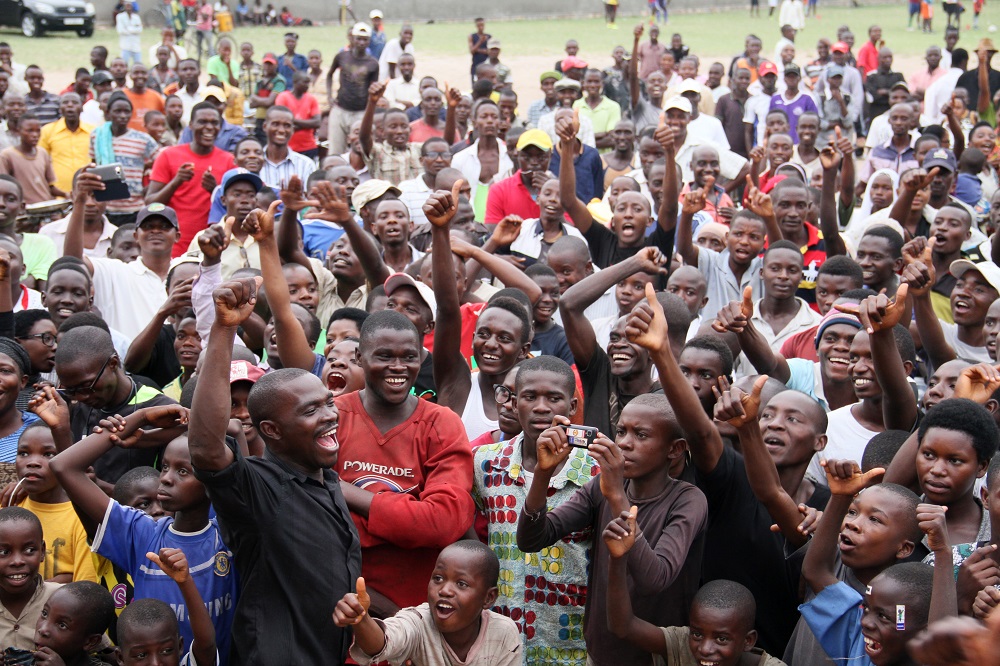 From the menace of Boko Haram insurgency in the North East to the Fulani herdsmen and bandits ravaging farms and forests and kidnapping people, to various militant groups in the Southern parts of the country. Unfortunately, most of the supposed solutions to these problems merely address their symptoms in a most unsustainable and reactionary manner. Whereas there is no scarcity of offices designated to solve the youth problem, much of the initiatives emerging from them are merely rhetorical.

The reasons for this are straightforward. The first reason derives from the poor understanding of the root of the youth problems. The second is the consideration of the youth as a liability instead of an asset. The third reason is lack of political will to deal with the challenges faced by the youth decisively. As long as these three reasons exist, we are likely to continue finding ourselves in a situation of all talks and little impact. Let us consider the first reason. Most of the restiveness associated with the youth can easily be traced to deprivations, changing societal values and outright misinformation. For instance, large numbers of youth in the northern parts of Nigeria were for several decades consistently deprived of proper education. The inevitable consequence of such costly deprivation is the inability to get good jobs compared to the opportunity open to their contemporaries in the South who are much better educated. It is not difficult to see how the combined deprivations of education and jobs have led to today’s unwanted insecurity consequences. A hungry man they say is an angry man.

Similarly, changing norms and value systems also have seemingly unwanted effects. ‘Get rich quick’ values, which contradict the celebration of hard work is a disastrous value package that has gained substantial ground in our society. The churches and mosques alike now seem to pay more attention to those who have money than otherwise. What is more? If the conscience of the society cannot query and do not condemn sources of wealth that are inconsistent with the moral expectation of these religious institutions but rather embrace them, it is de facto a secure approval of that way of life.

The second root of the problem is the erroneous perception that the youths constitute social liabilities rather than being social assets. Unfortunately, the fact that the youth manifests lots of ‘bads’ based on some of the reasons enunciated already do not make them sociable liabilities. Young people are bubbling with a lot of energy which is mobilisable to create enormous prosperity for the continent of Africa. But this energy has to be appropriately directed, nurtured and invested upon to yield those desirables. For instance, if half of the time of the youths and their power that is currently wrongly spent in militancy and insurgency are on the other hand used in farming, it will be doubtful if Nigeria will ever have the stigma of the poverty capital of the world.

The third reason is the absence of political will to understand and tackle the challenges faced by the youth properly. Let us again revisit most of the youth management structures created by governments and political parties. One thing that has been evident in all of these structures is that they are never supervised by persons that are within the youth age brackets. For instance, 80% of youth leaders in virtually all political parties in Nigeria are much older than the youths. In some cases, some of the people occupying those positions are old enough to father the youth. The same applies to the structures created by governments. Ministers and permanent secretaries that oversee the ministries of the youth are more often than not at least ten years older than the youth. The consequences are apparent from the beginning. Those who are not youth will find it twice as hard to determine the real challenges faced by the youths. Therefore, the political will to deal with the youth question must start with clear policies that give the youth the freehand to preside over concerns that are peculiar to them.

The recent not too young to run bill is undoubtedly a fantastic attempt to create political opportunities for young people. However, we know that regardless of the broad acceptance of the bill, young people were glaringly marginalised in the recent general election that held in Nigeria. Many of the political parties put the cost of their forms at very expensive rates that it was not affordable by most young people. That stated the bill is a step in the right direction. It is a necessary condition, albeit not a satisfying one. It is without a doubt that complementary initiatives are needed to push the bill beyond the rhetoric. Again, apart from political participation, take a look at how our government has managed the challenge of unemployment with kid gloves. Rising population across the continent of Africa in the face of deficient levels of industrialisation and without corresponding plans for shelter is a clear recipe for sustained catastrophic unemployment levels.

After the Civil War in Nigeria, the Ibo ethnic group had to manage the unemployment of lots of its young people who went to war and who had then acquired military skills and arms. Had these young people been left on their own unemployed, there was no doubt that they would have created more nuisance to society than perhaps what Boko Haram is doing today. The energy and the skills they acquired during the war if not properly channelled would have been diverted to such vices as kidnapping, hostage-taking, robbery and so on.  To tame this impending calamity, many of the Ibo merchants, artisans, as well as several other self-employed persons decided to accommodate many of these young people as interns. As interns, they were not to pay any money to the superior who was to provide them with the tutelage that they required. On the other hand, the master was not expected to pay them any money as wages but was expected to provide the interns with primary care such as food and clothing. At the end of the internship period, which usually lasts about seven years, the master would settle the intern with some money or some wares to enable him to start on his own. Over the years, new skills, new knowledge, and attitudes were transferred from the master to the intern. Generally, the interns provided relatively cheap human resources to the master’s enterprise. One advantage of this system was the ease with which it minimised unemployment. Till date, this model has remained unquestionably relevant.

The second variant is that governments should have deliberate policies that allow the youths to intern in government offices is. Particularly at executive and decision-making levels. For instance, there could be interns designated to understudy directors and permanent secretaries every year. The interns will be allowed to see and to learn how people in these positions take decisions, and why they make the decisions they eventually choose. At the political party level, youth should also be allowed to intern in the offices of party leaders. For instance, the interns should serve at say the office of the national and state party chairmen. The advantages of this model are immense. Apart from the direct employment opportunities, it imbues in the youth the sense of responsibility and accountability as well as the skill sets required to make meaningful decisions.

A complementing model is affirmative action for the youth of Africa. The affirmative action for the youths of Africa is similar to that of the women. The difference lies in the fact that while women fought a gender-based war from a patriarchal system, the youth, on the other hand, are fighting an age-based war from older age groups. The affirmative action for the youth of Africa requires that pro-youth governments should commit to a minimum of 30% place for the youth in all tiers and arms of governments. Consequently, at every decision-making level in government, the proportion of youth representation should not be less than 30%. We recognise how difficult it is to achieve this, but it was not equally easy for the women when they fought for their place in the scheme of things. Today, the youths are equally clearly marginalised in virtually every stage in public sector decision-making. Unless they are part and parcel of the decision-making process, it will be challenging to successfully design and device relevant initiatives that can deal decisively with the youth problem.