By Dikachi  Franklin, in Owerri

Bilton Continental Hotel, an ultra modern hotel outfit  located  in the World Bank Road area of Owerri, Imo  State has suffered vandalism, resulting in the loss of over N9 million worth of property and unspecified amount of cash, Joseph Duruaku, its managing  director has lamented. 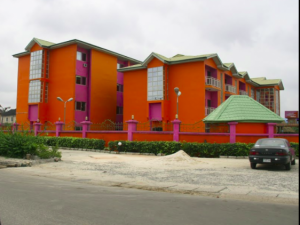 Already, some members of the Imo State Hoteliers Association(ISHA) have bemoaned  the manner  and method in which the alleged vandalisation was carried out by alleged officials of the members of the Owerri Capital Development Authority (OCDA).

An official of the ISHA, who didn’t want his name in print because he was not authorised to speak on the matter, said the  association  has  sent people to the hotel to see  and take a proper view of the vandalism  and give the association feedback.
Duruaku,  the bonafide owner of Bilton Continental Hotel decried the loss his establishment has suffered and how it was invaded in a commando style by alleged  officials of OCDA.
While conducting newsmen round the hotel complex, the managing director and chief  executive officer of the hotel, Duruaku said that, “officials of OCDA on arrival in a commando system went into his hotel and started  the vandalisation of items belonging to the hotel without speaking  to the hotel management .
He listed the items vandalized and carted away by the alleged officials of OCDA to include five flat screen television sets,  music systems, standing fans, split unit  air conditioners, broken window louvers, six seriatos, broken safe, two air conditioner systems, as well as some vital documents.
The embattled Duruaku who put the value of the items  and cash lost at over N9 million said that he had already  forwarded a petition to the commissioner of police in the state and the director of department of state services (DSS) on the matter and that he  had as well contacted a lawyer of the company for his necessary action.
He said, “They claimed to have come from the OCDA but when I got in touch with their officials on my mobile phone, they claimed knowledge of the incident but the leader of the team who carried out the operation, Godwin Nwankwo, dropped a letter wherein he (Nwankwo) claimed that his mission was to carry out  a structural integrity soil notice on the hotel”.
Narrating his ordeal in the hands of the invaders, a security gate man at the Bilton  Continental  Hotel, who gave his name as Dantata Audu,  said that  the OCDA officials, having bulldozed their way into the hotel premises, descended on him, pushed him down and gave him the beating of his life and broke the main entrance glass door of the hotel and entered .
Also reacting to the incident, Innocent Ikpamezie, the general manager of the Owerri Capital Development Authority,  in a telephone chat said  that the staff were  always guided by the provisions of the law in their operations.
Ikpamezie blamed some members of the public for their often unwarranted aggression to staff of the authority performing their legitimate duties.
He said: “Let them give you whatever information they want and if we visit any hotel and it does not possess the necessary official documents for operation, the law permits us to seal it”.
Businessamlive Website Stats