Bitcoin, the world largest cryptocurrency, has seen an uptick by about 73 per cent since the start of the year 2021 to reach $50,191 for the first time on Tuesday as the digital currency continues its positive rally and also captivating investors around the globe. 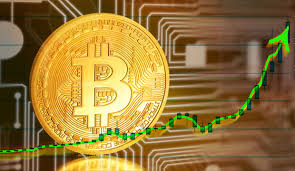 But crypto analysts across the world have highlighted that the-nearly 400 per cent rally in the largest digital currency over the past year comes in the course of the backdrop of lower borrowing rates from major central banks across the globe and the unparalleled stimulus from governments in the wake of the global health crisis.

Consequently, as of the close of the year 2020, the digital currency was around the $29,000 after a fourth-quarter surge of 170 per cent and jumping to $40,000 a week later as anticipated by several crypto analysts. But the virtual currency which had traded a few cents for several years after its debut more than ten years ago has now breached the latest threshold to $50,000 following the endorsements from the likes of Elon Musk, Paul Tudor Jones and Stan Druckenmiller.

Antoni Trenchev, the managing partner and co-founder of Nexo, one of the biggest crypto lenders in London, said the momentum brought about by the blistering rally of Bitcoin is impossible to be ignored by many.

“Whether it’s Musk, Mastercard or Morgan Stanley, the mood, music and momentum are impossible to ignore. To the annoyance of many, the Bitcoin express has left the station.

“Short-term volatility is very much a feature of this bull market and investors should prepare accordingly,” he said while pointing to the 30 per cent pullback experienced in January as evidence. However, Trenchev warned that investors should be prepared for a wild ride after the latest milestone which is currently ongoing.

In a related development, at the start of the month of February, Elon Musk’s Tesla announced that it has added $1.5 billion in Bitcoin to its balance sheet which also precipitated an uptick of the asset’s price by about 16 per cent. More so, optimism grew after Mastercard Incorporated and Bank of New York Mellon Corporation, last week, announced a move that will enable customers to facilitate transactions with the use of cryptocurrencies.