The BMW Group, together with China’s Great Wall Motor, is to construct a plant that will produce future fully-electric models of the famous mini car brand. 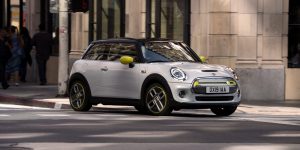 The facility’s construction phase is slated to take place between 2020 and 2022, and it will be located in the city of Zhangjiagang, Jiangsu Province, the BMW Group said Friday.

The two firms have set up a joint venture called Spotlight Automotive Limited and the combined investment in the plant will amount to approximately 650 million euros ($715 million). Once up and running, the factory line will have the capacity to produce as many as 160,000 vehicles annually.

Alongside the manufacture of vehicles, the joint-venture will also focus on the “joint development of battery electric vehicles”, BMW said.

“This joint venture will enable us to produce a larger number of Mini-brand-fully electric vehicles at attractive conditions for the world market,” Nicolas Peter, a member of BMW AG’s board of management, responsible for finance, said in a statement.

“This is also an important strategic step for the Mini brand,” Peter said, adding, “The joint venture with Great Wall underlines the enormous importance of the Chinese market for us.”

China’s electric car market is the biggest on the planet – a little over one million electric cars were sold there last year — the IEA says, with Europe and the U.S. following behind.

The BMW Group is the latest major automotive firm to focus on e-mobility in China.

Last week Volkswagen Group China said that, alongside Chinese partners, it would invest more than 4 billion euros next year. Roughly 40% of this investment will focus on e-mobility.