Europe’s biggest insurers are on the hook for as much as $450 million from a pair of airline crashes involving Boeing Co. 737 Max planes. 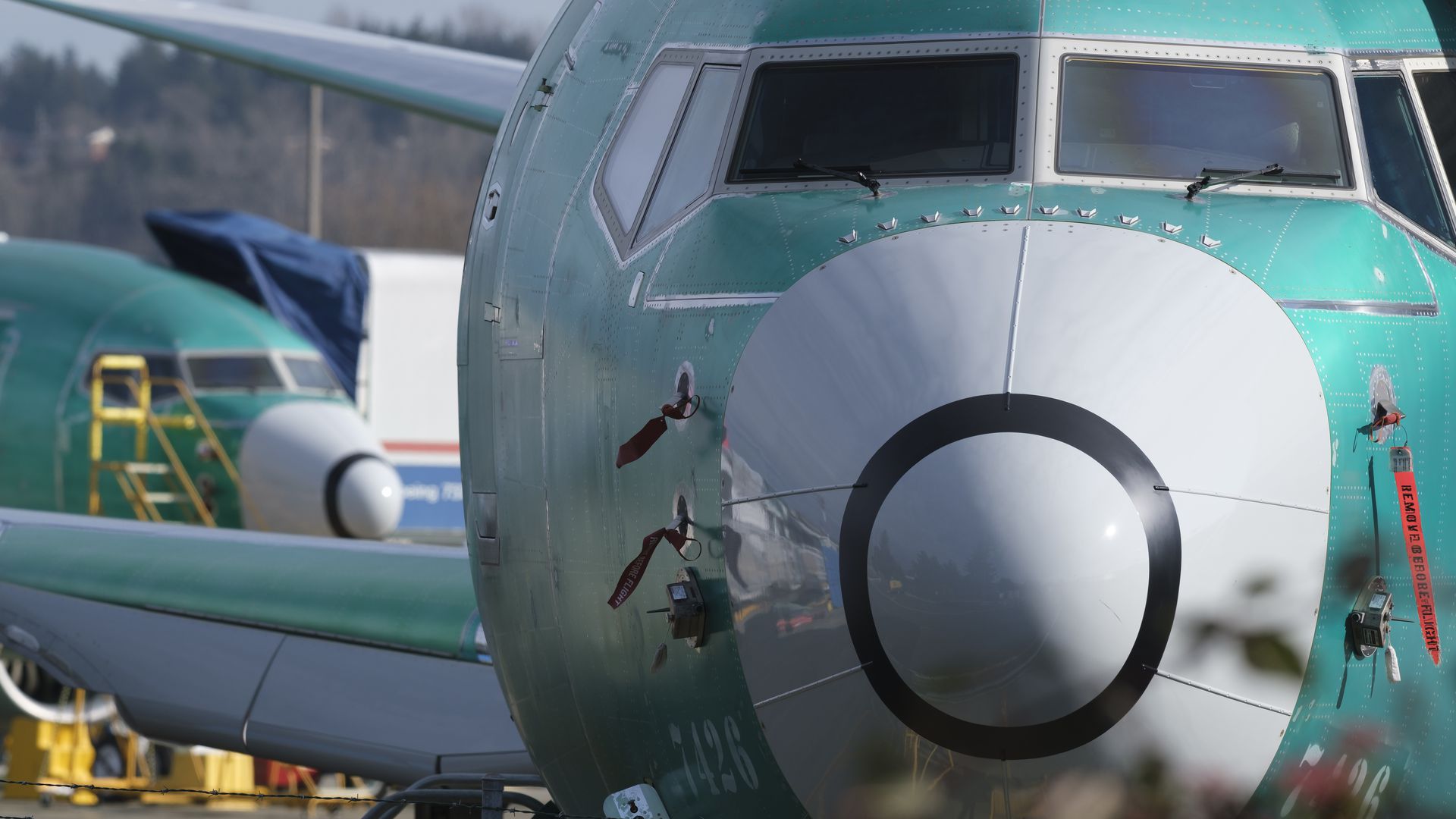 Munich Re reckons it could pay 150 million euros ($168 million), an estimate that chief financial officer Christoph Jurecka called “very conservative.” Swiss Re expects to pay up to $135 million; Hannover Re says it will pay out as much as $56 million. Allianz SE and Zurich Insurance Group AG — covering directors and officers’ liability — may have to part with a combined $91 million.
For now, the insurers’ losses are on paper only. It will be months, if not years, before payouts are made, with Bloomberg Intelligence estimating the bill for settling passengers’ claims from the 737 Max crashes in Ethiopia and Indonesia at more than $1 billion. Investigators in multiple countries are looking at why the same model crashed twice within five months. The outcome of those probes will affect how much the insurers pay.
Among some of the world’s other major insurers, American International Group Inc., Chubb Ltd. and Berkshire Hathaway Specialty Insurance Co. declined to comment.
The twin disasters involving the 737 Max — the latest variant of the world’s most widely flown jetliner — are unusual because the aircraft itself is being investigated as the possible culprit. That has put the spotlight on Boeing’s insurance cover.
Its policies cover several potential liabilities. For example, Boeing has an airline-manufacturer’s liability policy that pays out more for each day the planes stay on the ground, according to two people familiar with the matter. Sixty-five days have passed since March 11 when China’s aviation regulator banned flights of 737 Max planes within its territory. Authorities around the world followed China’s lead within days.
The manufacturer’s liability policy is capped at $500 million, according to the people familiar with the matter. It was arranged by a panel of insurers; one of those — Allianz SE — said Tuesday that it expects to pay $56 million for losses related to Boeing. Some of the $500 million risk was passed on to reinsurers, which insure risks taken by other insurers.
Boeing doesn’t comment on its insurance cover, spokesman Charles Bickers said, adding, “we have been in constant contact with our customers and our focus remains on supporting them during this difficult time. We continue to work with airline customers and regulators to safely return the Max to service.”
Swiss Re is among those that covered the manufacturer’s liability policy and it is one of several insurers of Ethiopian Airlines. Ethiopian has an airline all-risk policy capped at $330 million, according to one of the people. That policy will pay the $55 million Ethiopian needs to replace its crashed plane, leaving it with $275 million to compensate the passengers’ families.
Businessamlive Website Stats