By Samson Echenim, with agency report
Embattled planemaker, Boeing has released over 100 pages of internal communications about the 737 MAX that the airplane manufacturer is calling “completely unacceptable.” 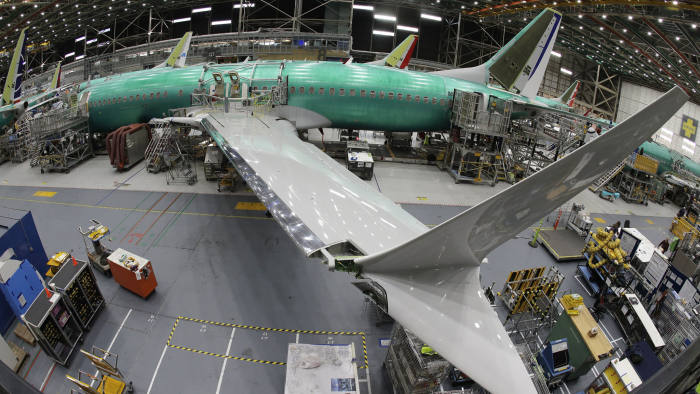 According to The Washington Post, the documents include conversations between Boeing technical pilots and developers working on the MAX simulators that show them mocking Federal Aviation Administration (FAA) regulators.
One of the communications included an unnamed Boeing employee complaining about a flight management computer and saying the MAX planes were “designed by clowns, who in turn are supervised by monkeys.”
Officials from Boeing said the internal communications “raise questions” about the interactions between the company and the FAA in regards to the simulator qualification process. The documents were released to Congress in December.
House Transportation and Infrastructure Committee Chairman Rep. Peter DeFazio said the emails were “incredibly damning” and “paint a deeply disturbing picture of the lengths Boeing was apparently willing to go to in order to evade scrutiny from regulators, flight crews, and the flying public, even as its own employees were sounding alarms internally.”
In one of the messages released by Boeing, an employee asked if another person involved in the certification of the MAX planes would put their family on the aircraft, and was told “I wouldn’t” by the colleague.
The Boeing 737 MAX fleet has been grounded since March following two fatal crashes that killed a total of 346 people. Earlier this week, the FAA reported it is working with Boeing on a wiring issue that has the potential to cause a short circuit on MAX flights.
Boeing spokesman Gordon Johndroe said the wiring issue was discovered during the rigorous inspection process and showed two bundles of wiring being too close, which could result in a short circuit and the potential for a crash.
Businessamlive Website Stats