The Bank of Industry (BOI) has set the pace in the international debt market as the first African national development finance institution (DFI) to issue a public Eurobond worth 700 million euros by way of the 144A/RegS Senior Note Participation Notes, irrevocably and unconditionally guaranteed by the Federal Government of Nigeria. 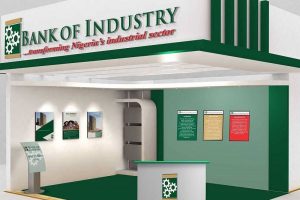 The BoI said the issuance is with the assistance of Rand Merchant Bank (RMB), which is also the global coordinator and active bookrunner on the Eurobond.

According to the BOI, the 5-year euro-denominated senior note instrument is guaranteed by Nigeria’s federal government and will be issued at a yield of 7.500 percent as the bank plans to list the notes on the London Stock Exchange. Similarly, the notes have been rated by internationally renowned ratings agencies, Fitch at B (stable outlook) and Moody’s at B2 (stable outlook), respectively.
The BoI further revealed it planned to raise up to 500 million euros from the debt market but successfully locked in 700 million euros, which represents 1.5 times oversubscription in the order book, made up of high quality buy-and-hold international investors. Also, the Eurobond transaction was heralded by a global investor call, primarily involving engagement with investors across the United Kingdom, continental Europe and the United States.

Olukayode Pitan, managing director and chief executive officer, BoI, said that the issuance is aligned with Agenda 2050 and Nigeria’s National Development Plan 2025.
“Agenda 2050 is Nigeria’s long-term national development plan targeted at ensuring sustained national development, as well as supporting Nigeria’s regional and global strategic interests. The objectives of the agenda are to lift 100 million Nigerians out of poverty in 10 years, sustain national development and support regional and global strategic interests,” Pitan said.
Rand Merchant Bank (RMB), in a statement noted that the national financial institution has a vision of transforming Nigeria’s industrial sector by providing financial and business advisory services for the establishment of large, medium and small enterprises, as well as for the modernisation of existing businesses.
“This deal represents the institution’s first Eurobond, the provision of the sovereign’s first Eurobond guarantee, as well as the first Euro-denominated transaction from Nigeria, creating a benchmark for other prospective issuers from the region,” RMB stated.
Chidi Iwuchukwu, head, investment banking, RMB West Africa, said, “RMB was appointed as global coordinator and active bookrunner for the transaction alongside other banks, with RMB assisting the issuer to ensure that BoI’s unique credit story and developmental impact was best articulated to a diverse global investor base.
“It is extremely satisfying to work closely with the Nigerian DFI to bring to fruition their developmental objectives to create jobs and enable growth and sustainability for businesses in different sectors of Nigeria’s economy. International issuance by West African clients has continued to grow and RMB is proud to have had the opportunity to assist an indigenous entity to access capital for growth, globally,” he added.
Meanwhile, a recent report from the DFI as of November 2021, shows that BoI had total assets of $4.3 billion with over 60 years of developmental track record. It supports projects with potential developmental impact and has supported three million enterprises and created seven million jobs since 2015.
The bank has also focused on emerging sectors that are typically underserved by other financial institutions, such as the youth segment, female-owned businesses, renewable energy and the entertainment industry.
Businessamlive Website Stats