By Jacob Ajakaiye, In Kano

The el-Barnawi faction of the Boko-Haram insurgent group, and its foreign affiliate, the Islamic State West Africa Province (ISWAP), is now in full control of some strategic fishing communities in the Lake Chad of Nigeria.

The group has also taken over tax administration in the area, through which it is building up its revenue base which is being used to finance the scale of insurgence activities in the country.

Yunusa Ya`u, executive director, Centre for Information Technology and Development (CITAD), one of the not for profit organizations working in the states in the North East of the country, where the insurgent group is active, confirmed this development, exclusively to business.a.m.

Ya`u disclosed that the group has been able to effectively neutralized the fish supply from the Lake Chad of Nigeria, established new markets in Chad and Niger republic, and using revenue flow from the business to fund it operations.

“ISWAP have effectively neutralized the biggest fish market in West Africa, the Baga Fish Market situated in Maiduguri, Borno State, instead they have created two major fish markets outside Nigeria, one is in Kusiri in Chad, while Nigerian traders mostly from South Eastern Nigeria now access through Mubi in Adamawa state.

“The second fish market created by the group is situated in Kinchhandi in Niger Republic, where traders from Hadeija in Jigawa and Kano states access for their market stocks,” Ya`u said.

“Between 2013 and 2015 about 90 percent of the territories that constitute Northern Borno, in addition to significant entities in Central and Southern Borno were totally in the hands of the Boko-Haram.

“These local government areas bear natural land borders with three countries namely: Niger Republic, Chad and Cameroon. But, few months to the 2015 general elections things began to change dramatically. The insurgents began to lose territories steadily. This upsurge in momentum continued into the change of government in May, 2015.

“With the new regime, and the appointment of new military service chiefs, the military was able to change the fortune of the war, and built bases in 22 areas captured by them. With these network of bases coupled with several satellites of bases, the military effectively choked and smoked out the insurgents,” he said.

Ya`u noted that with the backing ISWAP has at the moment would it turn the war to it advantage, as group has been able to take over 15 out of the 22 military bases previously liberated from them.

“These losses has come with weightier implications. For instance with ISWAP in control of all the fertile agrarian and aqua resources of the Lake Chad communities, they have introduced a new tax regime and services to the local people.

“It seems the military in the height of the control over these territories did not present themselves as a valued option to the villages, unlike, the ISWAP which now control some of these villages, is now providing basic amenities to the people of the area.

“The group is now providing security in the areas they now controll and working with fish traders in the Communities, and have effectively neutralized the biggest fish market in West Africa,” .

In view of the on-going development, the CITAD `s ED is calling on the Feder 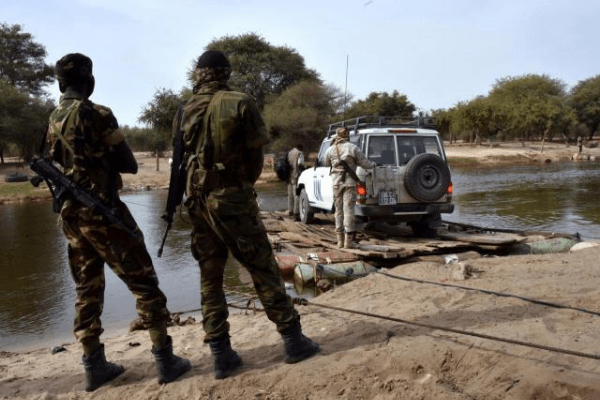 al Government to institute a full probe of the on-going military campaign against the insurgence group.