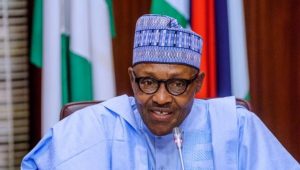 It will be recalled that the Muhammadu Buhari-led administration ordered the closure of the country’s land borders on October 14, 2019 as a measure to curb smuggling of rice and arms, which were seen as threats in the government’s efforts towards boosting local production, security and generation of state revenues through import duties.

Zainab Ahmed, Nigeria’s finance minister, who made the border reopening disclosure on behalf of the federal government stated that the ban on importation of rice, poultry and other banned commodities stands and will remain enforced by the border patrol team.

Commenting on the border reopening, Ede Dafinone, chairman, Manufacturers Association of Nigeria, Export Promotion Group (MANEG), said the decision will enable free flow of goods from Nigerian manufacturers and Small Medium Enterprises (SMEs) to other parts of the sub-region and beyond.

Dafinone, however, questioned the federal government’s decision to wait till December before re-opening the borders arguing that it is a decision that should have been taken much earlier.

He enjoined the government to give an explanation, impact assessment and list its achievements during the 14 months of border closure so as to give manufacturers and other exporters some confidence in the government’s decision.

“We need to know how successful the closure was, what exactly was achieved and the expectations going forward. This assessment is important so that exporters can have confidence to review their operations,” he added.

Amiwero explained that contrary to allegations, goods coming from the borders are not usually smuggled. While admitting that there may be some goods that are smuggled, he argued that most of the goods are cleared legally.

He added that Nigerian importers have suffered so much because the essence of closing the border is yet to be seen. He also noted that the government’s decision to reopen the borders took so long as a lot of investors have lost their goods and sources of income.

“Nigerian importers have suffered so much because the essence of closing the border is yet to be seen. But notwithstanding, it is better late than never,” he stated.