The month of December ushered yet another news of an economic downturn for Nigerians as citizens of the most populous black nation were jerked into reality by a nail-biting report from the National Bureau of Statistics (NBS) as it released the consumer price index report for the month of November 2020. 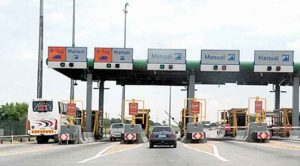 The report recorded a 14.9 per cent inflation spike for the month of November, a worrisome figure compared to October’s 14.2 per cent.  According to data analysis, November’s figure was the highest inflation rate ever recorded since January 2018, 34 months ago when the rate stood at 15.13 per cent.

NBS also noted that the country’s food index jumped 18.3 per cent compared to 17.4 per cent the previous month.

Food consumption is an indispensable aspect of human sustenance. So valuable is food to Nigerians that a 2019 report by the World Economic Forum (WEF) indicated that Nigeria’s food expenditure surpasses that of any other country in the world. The report stated that food consumption is responsible for 58.9 per cent of the populace’s income which makes the rising food inflation more troubling for inhabitants of the seventh most populous country in the world, by United Nations population estimate.

The 2020 covid-19 pandemic has been one of the major challenges responsible for the shortage in food production; it led to an adverse depreciation on farming activities across the nation.  To curtail the spread of the virus, the Nigerian government imposed lockdowns, curfews and inter-state border closures on the citizens. As a result, farmers were unable to engage in crop cultivation while post-harvest losses during that period soared, culminating in a hike in food prices.

Oke Babafemi, chairman, All Farmers Association of Nigeria (AFAN), Southwest region, noted that during this period, cassava farmers in the region accrued losses on their farms as a large number of them were unable to leave their homes for their farms owing to the lockdown/movement restriction imposed by the government.

According to the National Bureau of Statistics, the vulnerable population was most affected during this period. The statistics bureau reported that in 2019, prior to the pandemic, Nigeria had about 7.1 million people in dire need of food and other basic necessities. In 2020, the number rose to over eight million people and many are still facing the hardship caused by the effect of the Covid-19 lockdown which, according to the NBS, has caused the cost of major food items and essential services to skyrocket nationwide. Economic analysts also noted that the reduction of economic activities due to the pandemic led to food price hike as high as 120 per cent across major markets in the country.

The year 2020 also dealt Nigeria’s quest for food security and self-sufficiency a heavy blow as the country experienced one of the worst flooding in recent years. The flood was so severe that it is estimated to have destroyed at least two million tonnes of cultivated rice, more than 25 per cent of the projected national output of eight million tonnes.

Mohammed Sahabi, chairman of the Rice Farmers Association of Nigeria, in his assessment of the flood damage, lamented that about 450,000 hectares of rice farms were flooded and written off in Kebbi State, the country’s highest rice producer. Significant losses were also recorded in other rice producing states, including  Jigawa, Kano, and Nasarawa.

Boko Haram insurgency, as well as spates of insecurities, particularly in the Northern region of the country, has also disrupted several agricultural activities. One of the most recent attacks occurred on November 28, in which 43 rice farmers were murdered by suspected members of the Boko Haram terrorists while working on a rice field at Garin Kwashebe, Borno State.

In its drive towards economic diversification and to strengthen local agricultural production, the Nigerian government placed a ban/CBN forex restriction on the importation of staple food items such as rice, maize, palm oil, etc. Local farmers were encouraged to heighten production levels to meet up with local demand.

However, the mix of embargoes on food items is yet to achieve its purpose, neither has it been able to gratify the increasing demand for food by the populace, resulting in an increase in food prices.

According to analysts, President Muhammadu Buhari’s directive to restrict dollar access for food imports drove traders to the parallel market for foreign exchange where they pay a lot more. The move, according to analysts, despite being aimed at enhancing local production, has raised costs for importers and added to upward pressure on food supply, resulting in an increase in the price of key staples.

Barely three weeks ago, poultry farmers and stakeholders under the aegis of the Poultry Association of Nigeria (PAN), bemoaned the increasing rise in the cost of maize and soybeans, basic components of animal feed. According to them, the crops were getting more expensive and unaffordable as a result of scarcity of the products.

The association further explained that local production of maize and soybeans has never been able to meet the high level of demand, urging the government to relax its importation restriction, stressing that it is the most pragmatic way to prevent further rising prices of the products and cushion the hardships inflicted on the citizens.

President Muhammadu Buhari had beforehand, ordered the closure of the country’s land borders on October 14, 2019 as a measure to curb smuggling of rice and arms, which were seen as threats in the government’s efforts towards boosting local production, security and generation of state revenues through import duties.

Considering the fact that the Nigerian government decided to open its borders the same week the worrisome rise in food inflation was disclosed, Nigerian farmers, stakeholders and economic commentators have voiced their opinions regarding the directive, weighing its relevance to the food inflation disaster currently stifling the nation’s economy.

Michael Nwakalor, economist, CardinalStone Partners Limited, asserts that the impacts of the border closure have definitely been negative and inflation is one of the causal effects. According to him, insecurity in food producing regions in the North, rising transportation costs, post-harvest losses and several other issues have raised the costs of food prices. He added that the reopening of the land borders should be positive for food supply as it is expected to lead to improved supply of food items, thereby easing the pressure on food prices.

Also speaking on the border reopening, Joseph Owolabi, president of the Food Growers Association of Nigeria (FOGAN), stated that the move will not in any way affect local production of crops but rather boost the economy and reduce the high prices of food.

Owolabi admitted that the Nigerian population is very high and that the farmers, despite their determination to improve production rate, are unable to meet the growing demand for food.

Hunsu Vincent, a coconut marketer in Badagry, a community located in Lagos State, expressed pleasure over the announcement of the government’s directive to reopen the border. Vincent explained that prior to the closure of the Seme border, he, alongside many other marketers, used to engage in coconut importation from Togo and Ghana to meet up with the high demand in the Nigerian market.

“The border closure is the reason coconut is very expensive in the market because Nigeria does not produce enough coconuts to meet up with the high demand. If we begin to import from neighbouring countries, coconut will become plenty in the market and the price will drastically reduce,” he added.

Apariola John, a poultry farmer expressed optimism that the reopening of the border will address the scarcity issue facing poultry feeds in the country, which has resulted in the high cost of maize and soybeans.  He added that it will also enable poultry farmers to gain access to more sources where they can buy feeds at more affordable rates.

On the other hand, Toyin Abolade, a tomato farmer argued that reopening the border will affect local farmers. He noted that the agricultural sector has recorded a boost from the closure of the border and reversing the trend may decrease the gains. Abolade added that during the border closure, tomato farmers enjoyed good production and sales. The reopening of the border, he said, will pose a problem to local production as buyers will begin to patronise foreign markets.

Kabiru Ibrahim, national president of All Farmers Association of Nigeria (AFAN), stated that reopening the borders is not the solution to the hike in food prices.  Ibrahim added that most foods produced in Nigeria usually find their way to the neighbouring countries, which would be made easier by the reopening of the borders. The farmers’ leader added that the rise in food prices in the country is a temporary issue and allowing food movement into neighbouring countries at this precarious time will worsen the food crisis and prove disastrous to Nigerian food consumers.

Segun Ajibola, a senior lecturer, Babcock University, Ogun State, posited that reopening the border is not the lasting solution to Nigeria’s inflation crisis. According to him, the likelihood that food prices will crash and inflation pressure reduce is only a temporary debate. Ajibola suggested that the lasting solution to the food inflation issue is for the country to solve the problem by creating opportunities to develop SMEs, agro-allied businesses and that the Central Bank of Nigeria has to be actively engaged in agricultural programmes.

Tessy Olabode, an economist posits that the border reopening should be partial and selective to prevent dissuading local food production especially food products whose importation are legal.

“The prices of food hit the roof, but opening the borders to promote importation of food items produced in the country is not advisable as it is likely to result in scarcity of food products and a further rise in inflation,” he noted.