With a gross domestic product (GDP), which expanded by 12.5 percent, the African nation is currently the fastest-growing economy in Africa, and one of the fastest-growing in the world, exemplifying the circumstances among developing economies, stated the report titled, “Africa’s 2022 Growth Prospects: Poise under Post-Pandemic and Heightening Geopolitical Pressures.”

The report noted that, in a major and synchronised reversal, growth in the world economy bounced back in 2021 in one of the strongest post-recession recoveries in decades. The World Bank in its report, said, the growth rebound from the Covid-19 downturn is the strongest over the last 80 years.

The International Monetary Fund (IMF) has also maintained its growth expectations for Africa, while other parts of the world have suffered sharp downward revisions. Africa’s growth forecast for 2022 points to continued fortitude even in the face of heightening inflationary pressures and geopolitical risks, the report said. 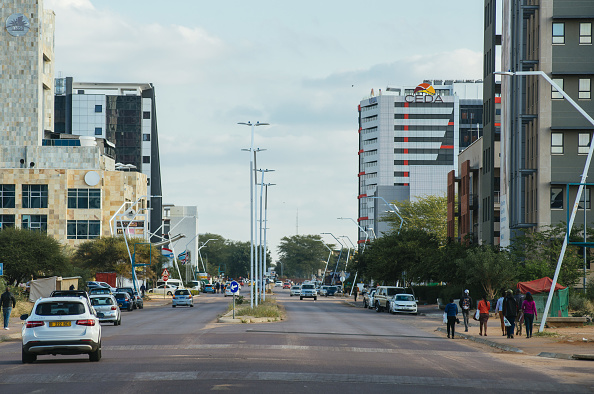 Accordingly, Africa’s GDP is projected to expand by around 3.9 percent this year, slightly less than the IMF’s earlier forecasts of around 4.3 percent. In a sign of increasing resilience, the revised growth forecasts show that the economic expansion of 16 countries (representing around 30 percent of all African nations) will exceed five percent in 2022, with the asymmetric nature of the commodity price shock emerging as a major growth accelerator for some of the largest economies across the region.

Authored by Hyppolyte Fofack for Afreximbank, the report, citing the IMF 2022 statement, said Africa, which in recent years has exhibited remarkable growth resilience, bounced back strongly from its first recession in a quarter of a century, with aggregate output expanding by 6.9 percent in 2021 (up from a 1.7 percent contraction). Even the region’s most affected tourism-dependent economies enjoyed a strong rebound despite their disproportionately large exposure to self-imposed risk aversion behaviour and excess vulnerability to the pandemic’s impact on consumer-facing businesses. After contracting by around 15 percent in 2020 — the sharpest decline in the region — the tourism-dependent economy of Cabo Verde logged 6.9 percent growth in 2021.

Although the recovery rate was uneven across regions and countries, according to the World Bank, 2021 and IMF, 2021, output expansion was exceptionally strong in many advanced as well as emerging market and developing economies, the base effect notwithstanding.

Africa’s merchandise trade, which contracted by 12.3 percent in 2020, expanded by more than 28 percent in 2021, boosted by a dynamic commodity market (IMF Direction of Trade Statistics, 2022). The African Export-Import Bank’s (Afreximbank) African Commodity Index rose 55 percent year-on-year in Q2 2021, with higher prices helping to reduce balance of payments pressures and improving macroeconomic management in a region where natural resources account for the lion’s share of foreign exchange (forex) earnings and government revenues (UNCTAD, 2021).

Africa may do better this year than its biggest across-the-Atlantic neighbour, Europe, which is one of Africa’s largest trading partners, the report noted. It said Europe “is facing multiple shocks from that geopolitical crisis, including to supply chains, energy prices and trade, in addition to the humanitarian disaster — is particularly exposed.