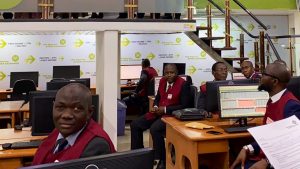 The Market breadth closed on a positive terrain as MBENEFIT led 21 gainers, against 14 equities that  recorded losses in their share prices, topped by NB.

As of the close of the day’s trading, the stock market value stood advanced by 1,016.89 basis points.