The Nigerian Naira has continued to receive hard knocks in the domestic currency market as it dipped by N3 on Wednesday to reach a new historical low of  N535 to the dollar on the back of continued foreign exchange pressure resulting from dollar scarcity in the FX market, which has been weighing on the local currency for several weeks. 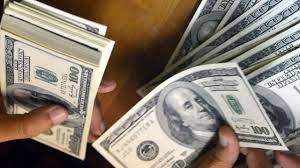 As at the time of writing, the British Pounds and Euros also spiked N3 apiece to N730 for a pound and N629 for one euro, from N727 and N626 respectively which it opened the trading on Wednesday. At the banks, some maintained their rate at around N460 for the greenback and N630 and N560 for the pounds and euro, respectively.

Meanwhile, at the close of the market on Wednesday, data collated from the FMDQ, market turnover at the NAFEX rose $89 million to $128 million. Thus, the dollar strengthened against a basket of currencies, buoyed by higher treasury yields and a weaker Euro ahead of the European Central Bank policy decision on Thursday.