Oil prices kicked off the week on a strong footing, hitting a new 13-month high in early Asian trade. The robust recovery in oil prices and industrial metals over the past couple of months is driving the idea of a new commodities supercycle in which prices remain above-trend for many years to come, said Hussein Sayed, chief market strategist at FXTM in a note to Business A.M. 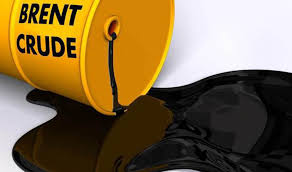 FXTM’s Sayed adduced the rising tensions in the Middle East as one of the justifications for the spike in prices as a Saudi-led coalition said it had intercepted an explosive-laden drone fired by Yemen’s Houthi rebels.

“These kinds of incidents normally have a short-lived impact on prices as risk premiums evaporate quickly,” Sayed said.

He listed the main factors contributing to the oil price rally: an abating pandemic with vaccine rollouts allowing countries to gradually ease lockdowns; improving outlook for business activity; prospects of the $1.9 trillion US stimulus package, and the disciplined supply curbs from OPEC+ members led by Saudi Arabia.

“US shale companies are very satisfied with current prices and may ramp up their production significantly in near future, but in the next few days freezing weather conditions will make it hard to do this, which means supply will be tight,” Sayed said in his note to Business A.M.

Unlike most other commodities, the supply side of the equation is pushing oil prices higher and from a technical perspective, crude is sitting at its most overbought price in more than two decades with the 14-day RSI near 84.

Sayed said the tighter oil market conditions have led the Brent April future contract to trade at $4.30 premium to those of December delivery. This suggests global oil inventories will be depleted at a faster pace than anticipated by OPEC or the IEA.

OPEC, the oil producing countries’ cartel, has proved many times in the past that it can put a floor on prices, and once again it has succeeded with its new allies. Now the question is whether OPEC+ respond to the shifting dynamics by increasing output or continue to hold supply a little further before acting. The risks are that the oil market becomes even tighter and prices surge further, allowing US shale and non-OPEC producers to ramp up production and capture more of the market share.

“Despite prices being in extremely overbought territory, we may see further strong gains if OPEC+ do not take action to raise output in the next few weeks. However, the higher prices go from here the steeper the correction could be. The last time the RSI traded near 80 was back in October 2018, in which prices fell from a high of $86.70 to $50, or a peak to trough move of over 41%,” FXTM’s Sayed said in his note.