Oil prices fell on Friday as Russia appeared to advocate putting off a decision by the world’s top producers on whether to extend curbs on output days before OPEC and its allies are set to meet on policy. 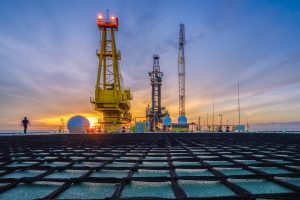 Next week’s meeting of the Organization of the Petroleum Exporting Countries and allies including Russia, a group known as OPEC+, is foremost on investors’ radar.

Russian Energy minister Alexander Novak said on Friday he favored OPEC and its non-OPEC allies taking a decision on whether to extend their oil output deal nearer April next year, the TASS news agency reported.

“We don’t get any strong bullish impulses for the OPEC meeting. They will continue the cuts and focus on compliance,” said SEB chief commodities analyst Bjarne Schieldrop.

“We don’t see that they really need to cut more,” he added, pointing to forecast oversupply being counteracted by lower demand because of incoming regulations cutting marine use of high-sulfur crude.

The producer group has agreed to cut output by 1.2 million barrels per day through to March as U.S. output continues to climb to record levels.

Russian oil companies on Thursday proposed to keep their output quotas unchanged, putting pressure on OPEC+ to avoid any major shift at the meeting over Dec. 5-6.

The gathering coincides with the planned announcement of the final pricing for oil giant Saudi Aramco’s initial public offering.

In OPEC member Iraq, Prime Minister Adel Abdul Mahdi said on Friday he would offer his resignation to parliament to allow lawmakers to choose a new government, in a move that follows weeks of violent anti-government protests.

Oil prices were pressured by China’s warning to the United States on Thursday that it would take “firm countermeasures” in response to U.S. legislation backing anti-government protesters in Hong Kong.

Oil supply from the North Sea, where crude differentials have been hitting several year highs, is set to increase in January, sending a bearish signal.

A Reuters poll of 42 economists and analysts forecast Brent to average $62.50 a barrel next year, little changed from last month’s $62.38 outlook, which was the lowest prediction for 2020 in about two years.

The benchmark has averaged about $64 per barrel so far this year.