BUA Cement, a member company of the conglomerate, BUA Group, and one of the largest cement manufacturers in Africa, has announced a 21 per cent increase in its Q3 revenue to N156.6 billion from N129.4 billion in its financial results for the 9-months ended September 2020. 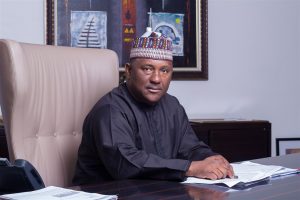 The company, in its filing to the Nigerian Stock Exchange (NSE) also declared a 23.9 per cent growth in its profit after tax (PAT) to N53.57 billion in the third quarter of 2020 from N43.3 billion recorded in the same period of 2019.

BUA Cement attributed the impressive results recorded during the period to the growing appreciation of the company’s product offerings as more end-users see the need to differentiate the attendant benefits of utilizing its products.

Yusuf Binji, managing director and chief executive officer of BUA Cement, acknowledged the positive impact of a less than anticipated COVID-19 pandemic shock on the populace and economy; the expected resilience of the private sector and a short rainy season.

“This has been a very heartwarming and resilient performance, underpinned by the continued quality that characterizes the BUA Cement product offerings as we see more end-users able to differentiate the attendant benefits of using our products. Expectedly, we witnessed a resurging demand from a resilient private sector – within and outside Nigeria, as the lockdown was eased, coupled with a short rainy season: despite flooding in some parts of Nigeria and Niger,” Binji said.

He observed that during the financial period under consideration, the company fulfilled its commitment to building sustainable communities by successfully relocating community members from Gidam Bailu and Gidam Datti to Girabshi, a close-by settlement purchased and developed by BUA Cement in Sokoto State.

According to Binji, the company has been involved in the electrification of the settlement, providing clean water and constructing and equipping a school, a healthcare centre, among others.

“Bags of cement alongside cash donations were made to each of the 387 households, as we pursue an inclusive, safe, resilient and sustainable environment. Apart from these, electricity transformers were donated to the Okpella community in Edo State, including patrol vehicles to reinforce existing security measures,” Binji said.

Regarding the ongoing expansion alongside working capital requirements, the managing director disclosed that plans to approach the bond market have been concluded as it will enable BUA Cement to take advantage of the low-interest-rate environment in addition to the discontinuance of funding sources through related-parties transactions. He said the decision formed part of the considerations put before the shareholders at the last annual general meeting in October.

On the other hand, the company revealed that with the commencement of the AfCFTA in 2021, the company is also introducing to its operations, the first phase of its energy diversification project which would see the introduction of the use of liquefied natural gas (LNG).

“Despite 2020 being a challenging year, we have been buoyed by a growing customer base aided by our deliberate decision to focus on quality. Understandably, the year ahead is fraught with challenges, as global and domestic economies, individuals and businesses make adjustment to disruptions from the pandemic, yet, we are excited because of the continued resilience from the private sector, particularly with the increased appreciation of our product offerings; upgrades and development of the infrastructure stock by governments; the possible commencement of the African Continental Free Trade Agreement (ACFTA); the commissioning of our third line at Kalambaina, alongside the first phase of the energy diversification project, which would see the introduction of liquefied natural gas to our operations,” the company explained in its filing with The Nigerian Stock Exchange.