Babatunde Fashola, the minister of works and housing, has said that 85 per cent of the value added tax to be raised in the 2020 budget will go back to the states and local governments areas to take care of salaries and infrastructure investment. 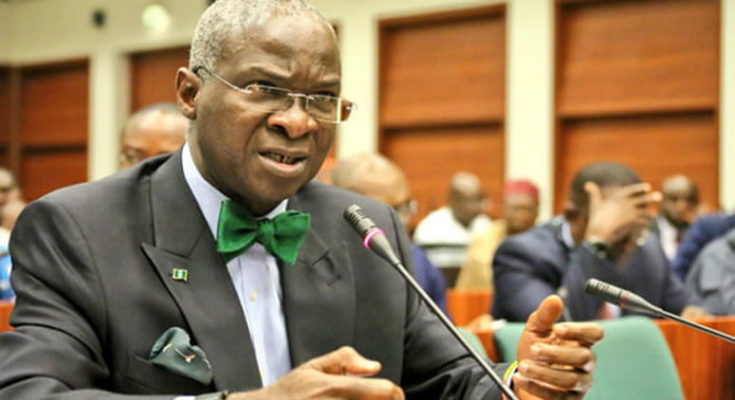 According to him, the remaining 15 per cent will go to the federal government for the development of infrastructure.

The minister, who disclosed this in a statement issued by the federal ministry of works and housing in Abuja on Thursday, described the 2020 appropriation bill as pro-people and pro-state.

He said the bill would drive development of the states and enhance the well-being of citizens, as he charged the general public to look more at the content of the bill instead of the numbers.

Fashola was quoted as saying, “The budget presented yesterday, everybody is just looking at the numbers, but how many people are doing the analysis aside from the numbers?

The minister said people should look at the clear statement of intent of the bill, stressing that it would grow the economy, raise money and not hurt people through unfavourable tax regimes.