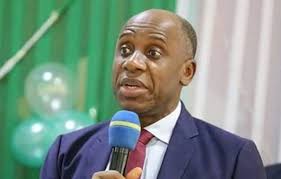 Rotimi Amaechi, minister of Transportation confirmed the long-awaited approval by the president on Thursday while speaking at the Nigerian Shippers’ Council Stakeholders Appreciation Night (NSC SAN) 2019, in Lagos.

He said the ministry would begin meetings with indigenous ship owners in January to commence the disbursement process.

The CVFF is a special intervention fund created alongside the country’s Coastal and Inland Shipping Act, 2003, otherwise known as the Cabotage Act, to assist indigenous ship owners with acquisition of vessels to enable them operate maximally in the country’s cabotage trade. The fund was also to form a source of aid to enable local ship owners compete favourably against foreign ship owners in crude oil freighting on the Nigerian waters.

While the minister did not disclose the current value of the CVFF, Business a.m gathered that the fund has reached $124 million (about N44.6 billion) as at June, 2018. The CVFF has remained undisbursed since its creation in 2003, despite cries and efforts by industry operators to access the fund which is under the custody of the Nigerian Maritime Administration and Safety Agency (NIMASA). The Federal Ministry of Transport which supervises the agency had cited fears of insincerity on the side of ship owners for not disbursing the fund.

Amaechi said, “I have got approval to disburse the CVFF. I just want want to use this opportunity to inform stakeholders that the president has approved the caboatge fund and by Tuesday I will meet with the Nigerian Shippers’ Council and NIMASA to look at the dynamics of the fund. In January, we will invite the operators for their proposals and to see the nature of their businesses and how they can get the aid. The president has given the approval and we will begin the process to disburse it by next year.”

Amaechi also told maritime and port stakeholders at the NSC SAN 2019 that he was determined to fight maritime insincerity to a standstill. The minister lamented Nigeria’s current dangerous position in maritime security and accused Nigerian elites of cheating the system and not allowing genuine fight against sea crimes and piracy.

“Nigeria is currently ranking No. 1 in maritime insecurity. A few years ago, the Gulf of Aden was No. 1, but now Nigeria is No. 1. I went to see the Indian high commissioner yesterday, because 18 Indian nationals were kidnapped on Nigerian waters and as I talk to you, India has issued notice to her seafarers and citizens that they should stop going to Nigerian waters.

“I have said to myself that I will go public with this battle to secure Nigerian waters. Every opportunity I have to make a speech, I will talk about it. Nigerian elites must allow Nigeria to grow as a nation,” the minister said.