President Muhammadu Buhari will depart Abuja on Thursday for Amman to honour an invitation by King Abdullah II bin Al-Hussein of Jordan to participate in the World Economic Forum (WEF).
Femi Adesina, the president’s special adviser on media and publicity, who made this known in a statement in Abuja on Thursday, said the WEF on the Middle East and North Africa would be holding at the Dead Sea, Jordan. 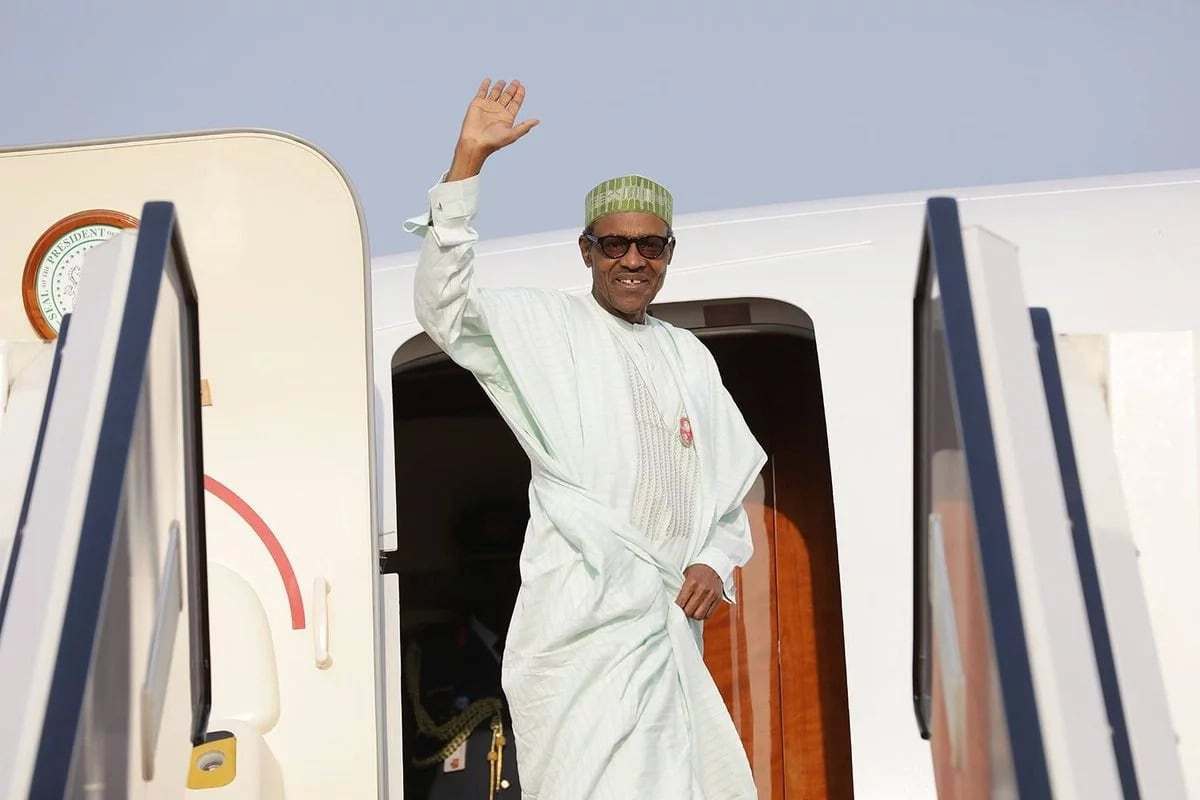 According to Adesina, the president will deliver an address at the opening of the plenary alongside King Abdullah II bin Al-Hussein and United Nations Secretary General, António Guterres.
The president would also join world economic leaders in an informal gathering at the King Hussein Bin Talal Convention Centre.
“The Nigerian leader will also hold bilateral meetings with some world leaders on the sidelines of the Forum,’’ Adesina added.
The Presidential aide revealed that Buhari would depart Amman on Sunday for Dubai, United Arab Emirates (UAE) to participate in the ninth edition of the Annual Investment Meeting from April 8 to April 10.
He said the president’s visit to Dubai followed invitation by His Highness, Sheikh Mohammed Bin Rachid Al Maktoum, UAE Vice-President, Prime Minister and Ruler of Dubai.
”The Nigerian President as Guest of Honour, will deliver the keynote address under the theme, “Mapping the Future of Foreign Direct Investment: Enriching World Economies through Digital Globalization.
”According to the organisers, the meeting is “the largest gathering of corporate leaders, policymakers, businessmen, regional and international investors, entrepreneurs, leading academics and experts showcasing up-to-date information, strategies and knowledge on attracting FDI.”
Adesina said the meeting would explore investment opportunities in more than 140 countries, connect businesses and countries willing to engage in sustainable partnerships with investors.
He said the President would be accompanied on both trips by Governors Abubakar Badaru of Jigawa, Abiola Ajimobi of Oyo and Yahaya Bello of Kogi.
Others on the entourage include the Minister of Foreign Affairs, Geoffrey Onyeama; the National Security Adviser, Maj. Gen. Mohammed Babagana Monguno (rtd), and other top government officials.

Investments from Vietnam to Nigeria should target industrialisation, says Ogunsanwo