President Muhammadu Buhari will tomorrow launch the micro pension scheme in Abuja.
The micro pension plan, which is an initiative of the National Pension Commission (PenCom) is aimed at the provision of pension services to self-employed persons in the informal sector and employees of organisations with less than three staff. 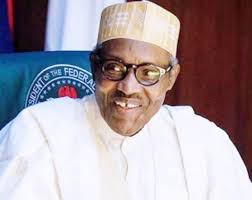 PenCom, the regulatory body for the pension sector said the micro pension launch is part of the initiative to bring financial inclusion to all working Nigerians.
It noted that the informal sector constitutes an estimated 69 million work force in the country and represents an estimated 88 per cent of Nigerian workers that lack pensions and safety nets for their old age.
PenCom, said the goal of the Commission was to achieve coverage of 30 million people in the informal sector by 2024.
PenCom’s Head of Communications, Peter Aghahowa, said the formal launch would officially unveil the scheme and attests to the objective of the current administration to provide ample opportunities for financial inclusion and economic stability for more Nigerians in the informal sector.
“This initiative gives the self-employed professionals, entertainers, lawyers, doctors, entrepreneurs, artisans, casual workers, etc, opportunity to save for pension”, he said.
According to Aghahowa, the launch signifies the commencement of activities that would culminate to the full implementation of the scheme.
He said to make the scheme work, the National Pension Commission and the pension operators would continue the education and sensitisation of the public through robust campaigns across traditional, social and digital media, while registration of contributors would follow in subsequent months.
Businessamlive Website Stats