Bears lost steam on Wednesday as the Nigerian equities market went bullish after two consecutive days of losses, in a rebound that saw the NSE All-Share Index rise 23 basis points to close at 41,147.72 points due to buying interest in WAPCO (Lafarge) (+8.2%), UBA (+2.3%), and Transnational Corporation (+9.4%). 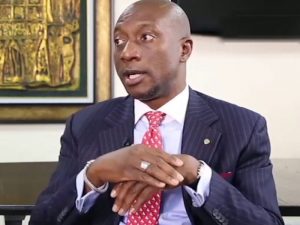 As a result, the market year to date return rose to 2.2 per cent while market capitalisation increased by N50.3 billion to settle at N21.5 trillion.

Performance across sectors was largely bullish as 5 of 6 indices closed in the green save the banking index, which lost 0.2 per cent due to sell-offs in GTBank (-2.1%).

The NSE 30 Index increased by 0.42 per cent to close at 1,692.06 points as against 1,684.99 points on the previous day. Market turnover closed with traded volume of 206.79 million units. Lafarge Africa and Guinness were the key gainers, while Guaranty Trust Bank and International Breweries were the key losers.

In the foreign exchange market, the CBN official exchange rate closed at N379 to a dollar. At the I&E window, the rate depreciated by 0.21 per cent from the previous day’s trade to close at N393.35 against the dollar, while the parallel market rate closed at N475 to the dollar for the third straight day. Most participants maintained bids of between N390 and N396 per dollar.

In the OMO bills market, the average yield across the curve remained unchanged at 0.75 per cent. Average yields across short-term, medium-term and long-term maturities closed flat at 0.24 per cent, 0.33 per cent, and 1.19 per cent, respectively.