Business activities have picked up at Warri Port, one of Nigeria ports in the eastern pilotage district that have hitherto remained largely unused. 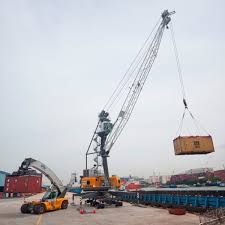 This is as indigenous containership giant,Sifax Group announced that it was opening a new terminal at the port.

business a.m. gathered that the port has begun to receive more vessels after the Escravos Channel was dredged.

HadizaUsman, managing director of Nigerian Ports Authority said over 200 cargo vessels have berthed at the Warri Port in the last couple of months, as security improves on the waterways.

The NPA shipping data confirmed the development as 32 vessels berthed at the port within four days. Most of the vessels were, however, smaller ships of 50m-metres length, with just a few having above 100-metres.

The NPA boss said at a stakeholders’ forum that reduction in sea piracy and security breaches in the area brought about the positive development.

Simeon Okeke, manager, Delta Ports, said the NPA has also done replacement of the critical buoys that were critically missing, rehabilitation of port facilities, illumination of the port, the repossession and ejection of illegal occupant from the trailer park, among others.

“In no distant future, towage services would be efficiently handled as same had been given to a third party. Efforts are at a conclusive stage for the company to begin work. Documentation and payment processes have also been improved upon by the management through e-payment, e-SEN and Revenue Invoicing Management System (RIMS),” Okeke said.

They warned that unless the channel is dredged by at least nine metres, there would be low or no activity at the terminal.

Henry Ajor, general manager of one of the terminals, said: “If we are to lessen the maritime traffic in the Lagos ports by using the Warri port, the channel within the port must be dredged to handle bigger vessels. If we want to increase business in Warri, which is critical to Delta, we need to dredge the terminal so that bigger vessels can come in.”

Meanwhile, Sifax Group, Nigeria’s leading conglomerate has said it was ready to open a new terminal at the Warri Port, after investing N7.2 billion in container handling equipment.

Operator of Ports & Cargo Ltd, largest indigenous container terminal at Tin Can Island Port in Lagos, Sifax is spending the N7.2 billion to acquire four cranes to boost its port operations and maintain its lead in containership handling.

AdekunleOyinloye, group managing director of the company said at the Sifax Group mid-year press conference, the new ventures and investments were part of a five-year strategic growth plan of the company which also runs a leading aviation handling company, SAHCOL.

According to the group’s chief executive, Sifax will open a new terminal at the Warri Port in Delta State as part of the five-year strategic plan of the company.

“The Sifax Group has as well increased it’s number of bonded terminals with a recent partnership with Mid Maritime Bonded Terminal in Apapa and another expansion at the Okota Bonded Terminal. We will soon be receiving big ocean liners at our Warri terminals,” Oyinloye said.

Also speaking at the conference, Managing Director of Ports and Cargo Terminal, Mr John Jenkins disclosed that four new cranes acquired at the cost of 4.5 million euro each will arrive the country in the next few months.

The cranes, he said, were acquired to complement five existing ones, bringing to nine the number of such cranes acquired by the terminal.

He said, “These four cranes will help improve our performance and turn around for vessels. They were acquired at the cost of about 4.5 million euro each and they will arrive the country in few months time.”

He, however, lamented that poor access roads to the port has affected the Ports and Cargo Terminal productivity in the first quarter of the year. He advised that the federal government should link the Tin Can Island Port to the rail network for easy evacuation of cargoes.

“We wish the government would also think beyond the road and link Tin Can Port by rail. This again would make evacuation a bit easier. On our part, we are ready to play any role that the government wants us to play to make all these happen.

“It is quite a shame that some ports in the coast of West Africa are now taking shine off the Nigerian port, if you go to Lome port now in Togo, it is a hub, I wish that Nigeria as big in size and economy that we are, should be the hub for West and Central Africa”

He however observed government is putting back the port access roads in shape, even as he assured that Sifax Group is ready to support government to ensure Nigeria retains its pride of place in Africa.