Despite the lull witnessed at the start of the trading session midweek, the bulls picked up momentum favouring stocks in the banking and consumer goods space as the market gained 0.17 per cent on Wednesday. 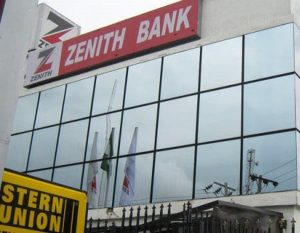 On Tuesday the market had witnessed a loss, but it rebounded Wednesday with a positive performance with a gain of 17 basis points to settle at 40,465.15 points.

The positive performance was driven by appreciation in Zenith Bank (+2.0%), United Bank for Africa – UBA – (+2.4%) and International Breweries (+2.5%). As a result, market return improved to 0.5 per cent while market capitalisation advanced by N36.1 billion to settle at N21.2 trillion from N21.13 trillion on the previous day.

The market performance across sectors was bullish as 4 of 6 indices gained save the AFR-ICT and industrial goods indices which closed flat. The insurance and oil & gas indices topped the gainers, rising 3.0 per cent and 0.1 per cent respectively due to buying interest in AXA Mansard (+7.8%), NEM Insurance (+9.7%) and Oando Plc (+2.1%).

Investor sentiment as measured by market breadth (advance/decline ratio) strengthened to 1.4x from the 0.4x recorded previously as 22 stocks advanced against 16 decliners. NEM Insurance (+9.7%), BOC Gas (+9.5%) and Linkage Assurance (+9.3%) were the best-performing tickers while Sovereign Trust Insurance (-8.3%), Eterna Plc (-8.2%) and Deap Capital (-8.0%) were the biggest losers.

The NSE 30 Index rose by 0.17 per cent to close at 1,650.72 points as against 1,647.92 points on the previous day. Market turnover closed with a traded volume of 113.76 million units. Flour Mills and International Breweries were the key gainers, while Fidelity Bank and Guaranty Trust Bank were the only losers.

Elsewhere, the currency market was fairly stable, as the naira was unchanged at N470 for the dollar in the parallel FX market, while at the I&E FX market, naira depreciated by 0.17 per cent as the dollar was quoted at N394.50 as against the last close of N393.83. Most participants maintained bids between N387.10 and N411 per dollar.

After the selloffs witnessed in the T-bills market on Tuesday, renewed buying interest on the short end of the market, skewed trading in favour of the bulls as the NT-Bills secondary market closed on a positive note with average yield across the curve decreasing by 8 basis points to close at 0.40 per cent from 0.48 per cent on the previous day. The average yields across short-term and medium-term maturities declined by 24 basis points and 1 basis point, respectively. However, the average yield across long-term maturities closed flat at 0.58 per cent. Yields on 7 bills declined with the 14-Jan-21 maturity bill recording the highest yield decline of 34 basis points, while yields on 13 bills remained unchanged.

In the OMO market, pockets of buying pressure across the curve secured the week’s first bullish close. On the average, yields depressed by 7 basis points to 0.6 per cent mostly due to preference for tickers on the short end of the market. Thus, buying interest was seen across short-term, medium-term, and long-term maturities with average yields falling by 14 basis points, 8 basis points, and 1 basis point, respectively. Yields on 15 bills compressed with the 19-Jan-21 maturity bill recording the highest yield decline of 37 basis points, while yields on 8 bills remained unchanged.

The FGN bonds secondary market closed on a negative note on Wednesday, as the average bond yield across the curve cleared higher by 6 basis points to close at 3.28 per cent from 3.22 per cent on the previous day. Average yields across short tenor and medium tenor of the curve widened by 6 basis points each, while average yield across long tenor declined by 1 basis point. The 16-JAN-2021 maturity bond was the best performer with a decrease in the yield of 32 basis points, while the 14-MAR-2024 maturity bond was the worst performer with an increase in yield of 39 basis points.