AFRICA’S QUEST FOR a common language is good and desirable. But, would it be appropriate to say it is easier said than done? Here are some perspectives to think about. How is China able to uphold the Mandarin as an official language, where it is spoken by 730 million out of the 1.4 billion people in the country? What about Hindi, the fourth most-spoken language in the world, and one of the official languages of India – spoken by 450 million native speakers and by 120 million more as second language in a population of 1.4 billion people? This is apart from the fact that it is spoken as one of several languages in the sub-continent, in addition to its significant use in communities in South Africa, Mauritius, Uganda, Yemen and Bangladesh. Spanish, the main language of Spain with a population of 47.5 million, is spoken by an estimated total of 593 million people, out of which 493 are native speakers, mostly found in North America – particularly in Mexico – and in Central and South American countries. It is also a major language in Belize, Cuba, Philippines and Puerto Rico. In Puerto Rico, an unincorporated territory of the United States, Spanish co-exists with English as official languages, although Spanish is the primary language. Moreover, although Spanish is not an official language in the US, it is nonetheless widely spoken. Such are the spread and influences of these major languages. 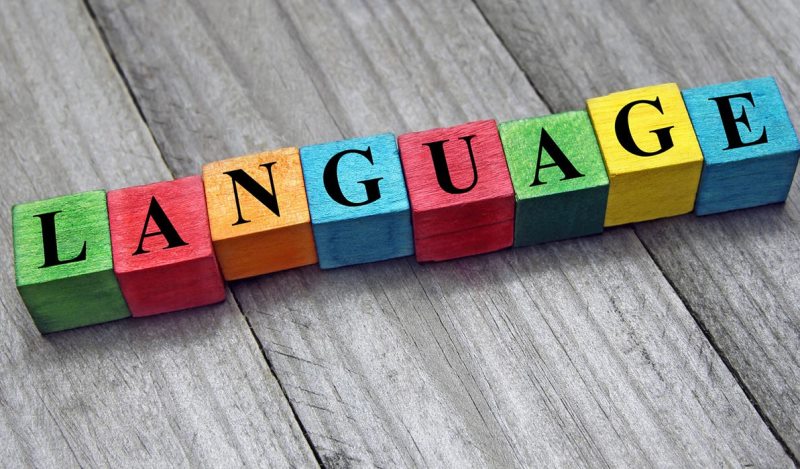 Globally, Arabic language is spoken by 422 million people, including native and non-native speakers in the Arab world as well as in the Arab diaspora, making it one of the five most-spoken languages globally. English language is different. In a world of approximately 7.8 billion people, 1.35 billion people reportedly speak English, out of which about 350 million speak English as their first language. Africa’s population of 237 million people use English language as native speakers or as non-native speakers. Of this figure, Nigeria alone is credited with a figure of 111 million people who use some forms of English. How languages become widely spoken would need to be mentioned in the context of our subject. But what is commonly observed is that countries speaking the same language tend to have many other things in common. Considering geopolitics and geoeconomics, are there areas of commonalities between MERCOSUR member countries and those of ECOWAS, EAC or SADC in relation to languages used by member countries? For clarity, MERCOSUR regional political and economic bloc member countries are Argentina, Brazil, Paraguay, Uruguay and Venezuela in Latin America, although Venezuela was indefinitely suspended in 2016. ECOWAS, EAC and SADC are just three out of the eight regional economic blocs in Africa.

There is an evolutionary process to the spread of widely used languages. It is never an overnight development. Historically, the spread of most languages was a consequence of, or associated with, adventures, military conquests, colonialism, trades, travels and tourisms, education and religions. We will not get down to the details of these here, but mention some contemporary instances in relation to the subject. Except for Saddam Hussein’s failed annexation attempts on Kuwait some three decades ago, Vladimir Putin’s invasion of Ukraine since February is the most recent in an attempt to spread the territorial influence of language by military means. About this time 40 years ago, early in April, surprise invasion of Falkland Islands – a British overseas territory – by Argentinian forces led to a war with the British military. Attempt to bring Falkland Islands – referred to as Las Malvinas in Argentina – under the control of Buenos Aires by military invasion led to the death of 649 Argentines, 255 British servicemen and three female civilians apart from the wasted military hardware, including ships and aircraft, particularly helicopters. Could it be said that military approach to territorial expansion and influence of language may no longer prove as potent and effective as it used to be? Totalitarian regimes now seem to be shoring up and widening their spheres of influence by heavy handed dealings and muscle flexing. How do we classify the recent forceful annexation of Hong Kong by China? Or the latter’s stated determination to bring Taiwan under control, with threats of possible use of military might?

Religions have played historic roles in the spread of languages as can be found in many parts of today’s world. Islam is now prevalent in all Arabic speaking states as a dominant religion. In many such states, Arabic has become official language of governance and statecraft. Their diplomatic links with each other are also notable, irrespective of what parts of the world they are. Western Europe, especially Germany, Britain, Ireland, Spain and France were largely instrumental to the spread of Christianity in what is today’s new world. The so-called discoveries of America, Africa, New Zealand and Australia were part of the process. With the British territorial expansion came the spread of Protestantism. Spanish language has some historical association with Catholicism. Irish role in its spread was also notable. Latin America is home to more than 425 million Catholics – nearly 40 per cent of the world’s total Catholic population. Since those countries are not under the influence of Italy in their daily secular activities, particularly since they speak mostly Spanish, the influence of old Latin or modern Italian language on them is infinitesimally small. Now, the Roman Catholic Church has a Latin American Pope for the first time in its history. Over time, the use of Italian language and its Latin precursor seems to find less space as religious language among Catholics, not only in Latin America, but elsewhere, including Africa.

Colonial influence had material effects on many French former colonies, and the effects are still felt till today. In the same way the British protected Falkland Islands 12,985 kilometres or 8,068 miles away, the French still keeps close watch over small islands in faraway Caribbean, such as Guadeloupe and Martinique. New Caledonia in the Southwest Pacific – east of Australia and about 17,000 km away from France – also still remains a French territory. Education has been a force in the spread of languages over the ages. Ancient civilisations widened in influence and extent of outreach with education. Chinese Great Wall did not just depend on the dint of forced hard labour. It was a creation of education. We gathered that many mathematical concepts in use today were developed by Arab scholars at the height of influence of Arabic education. Today’s world, which is significantly different, is largely shaped by modern English as a product of a blend of many other languages as the world undergoes more sophistication and the territories of influence expand. Instructions and teachings in most of the world leading universities are passed in English language, and that is significant. Many ideas developed and disseminated in English in educational institutions take time to become translated into other major languages. In many cases, some essential facts lose meanings even if the underlying assumptions remain intact in the process of interpreting. More non-English speakers attend leading English-based universities for degrees at graduate and postgraduate levels than the English speakers do in non-English-based universities. In essence, the influence of English is spread more in non-English speaking domains as a consequence of education.

One more among influencers of language spread or those dependent on language for spread is trade. Over the centuries, trade and travels have come in tandems and have been mutually reinforcing in influence. Globalisation – a term that recently gained currency – has been with mankind since the beginning of recorded history. In a more restricted sense, following the “discovery” of Africa, the first instinct of the invaders was trade. Without rules to restrict their operations, they began to trade in human beings in what has been aptly described by historians as slave trade. Africans taken to North America, especially the US, had to drop their original languages for that of the slave traders and masters. Thus the descendants of the original traded slaves grew up to know only English language. In the South and Central America, Spanish became the operational language except in Brazil where Portuguese is the official language. Either way, the descendants of traded slaves have to use these national languages. In Brazil, those descendants of slaves which declare themselves as black or mixed-race now make 50.7 per cent in Brazil, based on 2000 census. With this, African-Brazilians have become the official majority for the first time. Meanwhile, these African-Brazilians reportedly still keep vestiges of their traditional African languages, particularly Yoruba, albeit in significantly altered forms based on time and interactions with the official Portuguese language.

Successful adoption of an Africa-wide language will depend on many factors, some of which have been historically alluded to here. Their influences may be more or less in practical terms. For trade in particular, a common language will be an asset, a necessity and a reward. But these also depend on many other factors and the potency of their relevance. Bearing today’s realities and prevailing circumstances in mind, trade may not be so easy to use in spreading a language as in history. The converse is also true: a language may or may not be of much help in boosting trade, depending on how it is construed. Here is an opportunity if only those involved are prepared to seize and use it. The African Continental Free Trade Area (AfCFTA) could launch a market development strategy with the official language tied to trading activities, and with specific incentives to boost interest, participation and adoption. But this needs not be designed as rigid measures that could backfire and achieve the opposite of intended consequences. Rather, it could be such that boosts competition and participation among and between stakeholders, with tangible rewards attached to best performers in the various industries, namely: maritime, aviation, manufacturing, ICT, health and logistics. Africa obviously needs to develop its local markets and increase the level of involvement of Africans. With involvement come interactions. Home-grown strategies can move the two ideas together in the same direction: with trade and language growing in spread and influence. This will lead us to the next issue – communication – which will be a subject of another edition.