INTEGRATION AMONG COUNTRIES IN AFRICA will greatly help in unlocking the continent’s potential as signs have shown. Some efforts are already being made in that direction. But such integration will not be complete if framed only within the context of economic activities such as trades, travels, tourisms or technology transfers. Africa is made up of 55 sovereign states of various sizes of land mass and human populations with different colonial histories, complex and often unrelated legal systems, diverse cultural practices, different sizes of economies, different affiliations to countries outside Africa and an assortment of tribes and languages. The diversity is such that the widely used languages vary from one part of the continent to another. The differences in languages have their own ways of pulling proximal people apart and bringing far away people nearer. No need to search too far for evidence. The colonial languages used in many African countries bind those speakers together more than shared pre-colonial histories and tribal linkages. The artificial boundaries drawn by the colonialists persist in preserving those differences all over the continent. 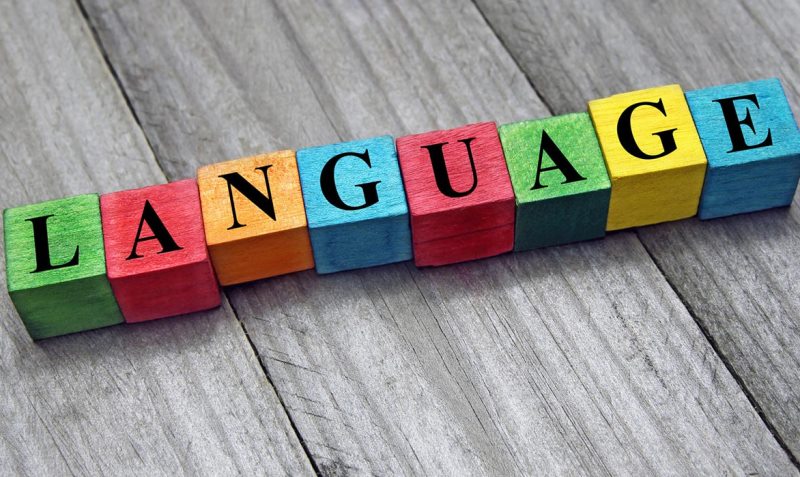 Affinities between countries premised upon colonial languages and influences have proved to have limitations. Air Afrique was once a popular airline that combed francophone countries of Africa mainly, covering 22 destinations at some points in time. It did not survive the economic turbulence after several attempts by development and donor agencies to bail it out. And Air Afrique is part of history today. Owned mainly by many West African countries for most of its history, the airline was established as the official transnational carrier for francophone West and Central Africa, because many of these countries in their early years of independence did not have the capability to create and maintain national airlines during the early 1960s. Headquartered in Abidjan, Ivory Coast, Air Afrique began operations in 1961 as a joint venture between Air France, Union Aéromaritime de Transport (UAT), and eleven former French-speaking colonies in Western and Central Africa, namely Cameroon, Central African Republic, Chad, Republic of the Congo, Dahomey (now Benin Republic), Gabon, Ivory Coast, Mauritania, Niger, Senegal, and Upper Volta (now Burkina Faso). Radical financial restructuring attempted to save Air Afrique in 2001 failed. Air France upped its stake in the airline from 12.2 per cent to 35 per cent to become the major shareholder, and there was a reduction in the stakes of those eleven African countries from 70.4 per cent to 22 per cent; and employees’ stake of five per cent and the remaining shares owned by various private investors. Thus far colonial language affinity had taken a previously promising airline.

Equatorial Guinea is the only African country that speaks Spanish as official language, with Portuguese and French as additions. Any close bond with Mozambique, Angola, Guinea Bissau, Cabo Verde, São Tomé and Principe should be no surprise because of the Portuguese language as official language of these six. Their sustained cultural ties with far away Brazil should therefore be easily understood. In the same way, there may be little reason to wonder if these 20 francophone countries which are Benin, Burkina Faso, Burundi, Cameroon, the Central African Republic, Chad, Comoros, the Democratic Republic of Congo, Congo, the Côte d’Ivoire, Djibouti, Gabon, Guinea, Madagascar, Mali, Niger, Rwanda, Senegal, the Seychelles, and Togo share affinity based on French as official language to the exclusion of others. Ties between Algeria, Chad, Comoros, Djibouti, Egypt, Eritrea, Libya, Mauritania, Morocco, Somalia, Sudan, Tanzania and Tunisia based on Arabic as official language should therefore also be easy to contextualise. With a population of over 1.3 billion people, Africa has been the hub of diversity for a very long while. With diversity come great challenges of convergence as impacts of languages and vestiges of colonial socio-cultural and economic influences are still brought to bear, acting as both centripetal and centrifugal forces under various circumstances all over the continent.

Political leaders across Africa are not only beginning to realise the need for bridges to be built across the territorial gulfs in Africa, they are beginning to voice out the urgent need for such. Last February at Addis Ababa, during a meeting of heads of governments of Africa, organised by the African Union (AU), two related issues came up for mention. Ethiopia’s Prime Minister, Abiy Ahmed, suggested that “telling our own stories and shaping our own narratives must be our top priority.” The call was against the backdrop of the observation that Africa’s media representation on the international stage is very important. He therefore proposed the establishment of an African Union Continental Media House. According to Ahmed, “this media house could be organised to provide authoritative news and information on our continent, fight disinformation, promote our collective agenda and offer opportunities for Pan African voices to be heard…. The stereotypical and negative media representations of Africa not only disinform the rest of the world about our continent, but it also shapes the way we see ourselves as Africans.” The second issue was the approval of Swahili by the African Union’s Heads of State as an official working language for the continent, an announcement made during the AU’s Assembly of Heads of State and Government.

It may sound herculean, to begin with, but Swahili, with more than 200 million speakers mostly in East Africa, could become the continent’s lingua franca and set off a shift “from the coloniser’s language.” How ready and prepared these political leaders are to sell this idea widely in their national policies and communications is now a matter of conjecture. Historically, Swahili was said to have taken around 40 per cent of its vocabulary directly from Arabic, and initially spread by Arab traders along East Africa’s coast and later formalised under the German and British colonial regimes in the region in the late 19th and early 20th centuries, as a language of administration and education. Apart from its prevalence as the official language of the East African Community (EAC), the DR Congo is reportedly poised to join. It is already spreading in influence in Southern Africa as a language of education. In 2019, Swahili became the only African language to be recognised by the Southern African Development Community (SADC). Shortly after, it was introduced in classrooms across South Africa and Botswana. Recently in Ethiopia, Addis Ababa University reportedly announced it would start teaching Swahili. It may well be that sooner than later, Swahili will come to dominate African landscape if the expansion in its adoption is anything to go by. At the London’s School of Oriental and African Studies, Tom Jelpke, a researcher of Swahili has expressed optimism that as connections grow across the continent, people will want a common way to communicate. It is hoped, however, that the adoption of Swahili does not carry any ideological string that may discourage its partial or wholesale widespread adoption. Have we the faintest idea of how the language will boost security, health, livelihoods, national incomes and regional trades? These, surely, will be among the issues many countries will consider in adopting the Swahili language.

Although English is currently the “language of power” and French enjoys wide appeal in over 20 countries, trailing after English, Africa can decide to gradually evolve a continent-wide transnational language. There is no doubt that communicating cultures and other social practices will require common language. However, persuading the West African bloc to allow Swahili over Hausa, Igbo and Yoruba or the North Africa to allow Swahili to overshadow Arabic as lingua franca will require strong political will. If Swahili is to become truly pan-African it will take political will, an economic imperative and financial investment to reach all regions. It is yet morning. Too early to predict how this will be transformed into reality. Since all politics are ultimately local, the political situations in various countries will determine – to a large extent – how the idea is accepted at home and how it is transformed into policy in all countries of Africa. No doubt it could have a smooth sail with many authoritarian national leaders, but it may prove a bit of a hard sell among democracies where the buy-in of local electorates will have decisive impacts in the outcome of countries’ decisions. Establishing a continent-wide media organisation may experience some peculiar hiccups too. It may not be as easily done as in Al Jazeera, for instance, established and run by the Qatari government. There may be competing regional interests and ideals that will need to be factored in as possible impediments. While these ideas sound good, it is right to begin from the basics. How do we get all the 55 African countries’ consensus?