With the outbreak and spread of Covid-19 around the globe, there have been numerous economies that have taken a brunt of the blow, and South Africa is no exception to this.

Driven to curb the spread of the virus due to existing healthcare provision shortcomings, South Africa went into a National lockdown close to the end of March in an attempt to pull in all resources and focus on ensuring that the country will be able to weather the storm. 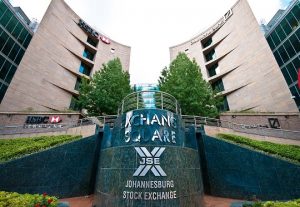 Although this has greatly aided South Africa in the fight against Covid-19, it has caused damage to an already unstable economy.

Some of the worst-affected industries were construction, manufacturing, and mining, with only agriculture expanding during the second quarter of 2020.

The GBP for south Africa was contracted by an annualized 51% during the same time, which is worse than the 40.1% of the central bank and shows strong contrasts with the 6.1% slowdown which was recorded in the first quarter following the 2009 global financial crisis says Louis Schoeman – CEO of Investment Platform : Forexsuggest.com

Are we heading for a recession?

Historically speaking, the greatest decline for South Africa had been in 1960 followed by another steep decline in GPB during the 1990s. South Africa is yet again faced with the threat of a national recession following a weakened economy due to Covid-19.

Although, with the phased reopening of the economy as recovery rates from the virus improve, there are numerous businesses that have had to close their doors permanently as they could not withstand the effects of Covid-19 and the sheer loss of business.

There has been a 47.2% drop in output when compared to the previous quarter with the YOY economy contracting 17.1% with a QOQ decline of around 16.4%.

Despite these dire statistics, the Reserve Bank has forecasted a rebound for South Africa, but will it be enough? There is an annualized growth of 17.5% forecasted for the third quarter, but this is greatly threatened by power cuts.

It is impossible for South Africa’s economic activity to return to “normal” as there were severe instabilities to begin with.

There is a call for the building of a new economy and the implementation of a recovery strategy which will include various factors such as fast-tracking reforms, ventures to boost investments in infrastructure, and the promoting of localization even on stock exchange of the JSE.

There must be a conceited effort in attracting FDI along with absorbing the millions of South Africans who are unemployed and even those operating informally on economic fringes.

There needs to be meaningful trade in both regional and global markets in addition to critical focus on the structural features of both the economy and the labour market in South Africa to address both unemployment and inequality.

This forms part of the elaborate plan to pull South Africa back from only being able to return to full economic activity by 2023-24.

South Africa may have stood firm in the Covid-19 storm in protecting the health of people with quick, aggressive, and effective measures taken to curb infections, but there is a much larger threat to an economy which was already facing numerous challenges pre-Covid-19.