Capital inflow into the country from portfolio investors is projected at $5.6 billion (about N2 trillion) in 2019 says Emerging Africa Capital (EAC) group in its maiden Economic and Investment Outlook Report 2019, titled “Cautious Optimism”. 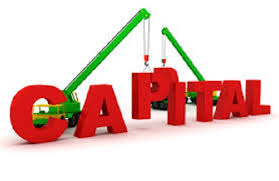 According to the National Bureau of Statistics (NBS), portfolio investment which accounted for over 70 percent of total capital imported into the country in 2018, represented the largest source of capital imported with over $11.8 billion recorded last year.

However, analysts at EAC group noted that the projected halving of capital flows from foreign portfolio investors into the country in 2019 is hinged on four influences which are: the results of the general elections, the level of foreign exchange stability, the oil price trajectory and the attractiveness of the yields in the US market.

“In arriving at estimates for 2019, we looked at an uptick in yields in the US market in the first half of 2019, followed by tamed economic growth in the US market which would slow increase in yields by the second half of the year and no post-election crisis in Nigeria, the group said.

The EAC group explained that the outlook outlay anticipates that foreign portfolio investors (FPI) flows will be stout in the first half at around $3.6 billion and decline over the second half to $2.0 billion. “Consequently, we project portfolio flows at $5.6 billion over 2019.”

Giving a breakdown of oil flows, EAC projected crude oil price at $55p/b for 2019 and crude oil production of 2.0mbp/d with crude oil export of ~1.6mbp/d.

The group also estimated foreign holdings of maturing instrument to stand at $11.4 billion in 2019, with estimated repatriation of $5.2 billion. A factored in outflow of $1.2 billion from other asset classes, further brings total portfolio outflows to $6.4 billion, the group said.

On other outflows, EAC noted that imports are expected to decline by to $32.5 billion (-24% y/y) due to normalized imports and the exclusion of fertilizer imports from CBN import list.

Thus, with the combination of lower demand for imports and slower rate of repatriation of maturing fixed income instruments held by foreign investors, the CBN interbank sales could decline by 8.5 percent y/y to $19.2 billion, EAC projected.

The firm however expects an expansion in sales to BDC segment to expand to $10.6 billion representing a 37.5 percent year-on-year increase, and an expected reserve depletion of $4.8 billion over 2019 as against an accretion of $3.7 billion in 2018, given the cumulative slower CBN intervention over 2019 and the firm’s estimate inflows to CBN.

Accordingly, EAC expects that the foregoing would wield some weight on the external reserve to close 2019 slightly above $40 billion. Nevertheless, estimated range of the exchange rate was pegged by the firm at N365/$ – N370/$ irrespective of the increased dollar demand and rarity of supply at the investor and exporter window.

“We think exchange rate will remain stable over 2019 and expect that the CBN will sustain its interventions in the FX market in a bid to ensure that rates remain relatively stable.

More so, with attractive fixed income yields and stable exchange rates, flows to Nigeria may well improve in the latter part of 2019,” EAC further noted