Uche Uwaleke of Nasarawa State University Keffi, is advocating for the leadership of Capital Market Master Plan Implementation Council (CAMMIC) to rest on Yemi Osinbajo, the country’s vice president, and head of the country’s economic team.

Lamenting on the disappointing record of -18.84 percent year-to-date return recorded by Nigeria’s stock market in 2018, making it among the poor performing stock markets in the world, Uwaleke pointed out that the performance partly explains the weak and non-inclusive real GDP growth witnessed in 2018.

“When the 10-year (2015–2025) Capital Market Master Plan (CMMP) was launched in November 2014, it was meant to harness the potentials of the market in catalyzing economic growth and development,” the professor said.

He however, elaborated on success stories of many jurisdictions wherein their capital market plan execution, the implementation council or committee is led by the minister of finance or the prime minister with membership drawn from very top government officials most of whom report to the president.

He noted that in Kenya, a high-level Committee (CMMP-SC) championing the implementation of the Capital Market Master Plan is chaired by the Cabinet Secretary National Treasury (the equivalent of a Finance Minister).

Other members of the CMMP-SC include the Attorney General, Cabinet Secretary Agriculture, Cabinet Secretary Mining, the Governor of the Central Bank of Kenya, the CEO of the Capital Markets Authority among other top government officials.

Sri Lanka, he said, shares a similar experience where the Capital Market Advisory Council is the key driver and is chaired by the Secretary to the Sri Lankan Treasury with the Governor of Sri Lanka Central Bank as a member.

According to Uwaleke, the case of Malaysia is quite instructive. The country developed and launched its first 10-year (2001–2010) capital market master plan in 2001. The plan was adopted as a national project with support from the highest levels of government. The Prime Minister championed its implementation. Not surprisingly, market size nearly tripled from $186 billion in 2000 to $517 billion by 2010. The success of the plan paved way for the launch of a second master plan currently being implemented till 2020.

Back home, ownership of the CMMP at the highest level will equally pay off, Uwaleke said, while calling on an expansion of the 12-member CAMMIC which currently comprises the director general of the Securities and Exchange Commission, deputy governor (financial System Stability) of CBN, director general PENCOM, CEO of the NSE, Chairmen of the capital market committees of both chambers of the National Assembly and some other distinguished Nigerians to include the ministers of finance, justice, budget & national planning, industry, trade & investment and education. By so doing, it is easier to obtain the buy-in of the Federal Executive Council, Uwaleke noted.

The professor further noted that a key priority in forging ahead should be to include CMMP as an integral part of the government’s economic recovery and growth agenda especially given the fact that the capital market received no mention in the ERGP.

According to him, the successful implementation of the CMMP hinges on support from the government, hence the need to have somebody operating at the highest level as head of CAMMIC. “To this end, Yemi Osinbajo, the chairman of the National Economic Council (NEC) who has been successfully piloting the presidential enabling business environment council, should also be saddled with the responsibility of championing advocacy for major initiatives contained in the capital market master plan,” he said.

Referring to a raft of initiatives consistent with the CMMP undertaken by the SEC to enhance transparency and boost investors’ confidence, such as the establishment of a National Investors Protection Fund (NIPF) meant to cushion the adverse effect of losses suffered in the stock market and encourage domestic retail investors, the e-Dividend Mandate Management System (eDMMS) developed to minimise cases of unclaimed dividends by enabling direct payment of investors’ dividends into their nominated bank accounts and the Direct Cash Settlement scheme which ensures that investors receive their money directly whenever securities are sold,  Uwaleke said despite these giant strides, the journey to making the Nigerian capital market ‘one of the largest, most liquid, most diversified and most sophisticated emerging markets by 2025’ seems very far.

Uwaleke observed that the flagship securities exchange, the NSE, is small compared to most emerging markets, and pointed out that many of the systemically important corporations such as the international oil and telecom companies are not listed on the stock exchange, thus making it is easy to see why the market fails as a barometer for measuring economic performance.

In identifying that the performance of the equities market remains tied to the apron-string of foreign investors who often dictate the pace of market activity, the capital market professor said the development has left the market vulnerable to external shocks.

“In fact, there is a consensus among market players that the dismal performance of the stock market in 2018 has a lot to do with the exit of foreign portfolio investors. Against the backdrop of its outstanding performance in 2017 when the return was in excess of 40 percent, it is evident that volatility in the stock market is more pronounced in Nigeria than elsewhere in Africa.”

He mentioned other major initiatives in the CMMP that will create stability in the market, boost domestic participation and enhance its contribution to the nation’s economy to include establishing a National S 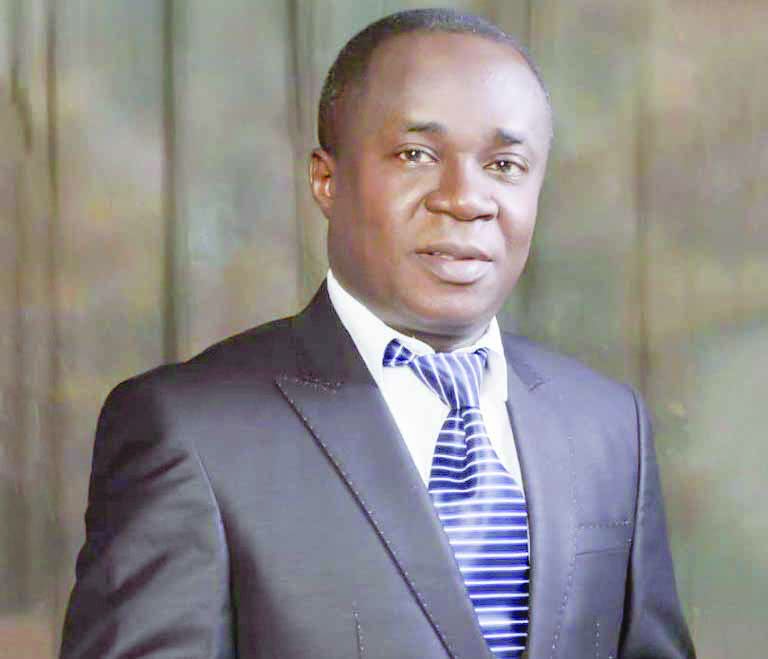 participation in the listing of government-owned firms as well as granting incentives for companies in priority sectors to get listed. Others highlighted include establishing specialised funds to support critical economic sectors as well as incentivising venture capital and private equity.

All of these will entail proactive and sustained engagement with the Executive and the Legislature, Uwaleke argued.

In pointing out that the implementation architecture of a sound market which includes the CAMMIC currently led by Tola Mobolurin, a seasoned professional that commands a lot of respect within and outside the capital market community, the professor noted that “in view of the pivotal role of CAMMIC in fast tracking the implementation of the CMMP including through interfacing with senior government officials, it stands to reason that the vice president,  Yemi Osinbajo, who heads the Economic Team, is better positioned to lead the CAMMIC.”