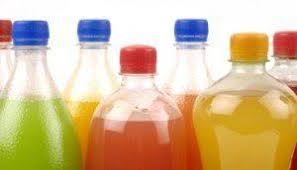 Oduneye noted that soft drinks are high in calories and sugar but contain zero nutrients and children who habitually consume these sweetened drinks are less likely to eat nourishing foods because such drinks suppress appetite.

She enjoined parents to refrain from habitually giving their children juice or carbonated drinks and juices warning that they occupy unnecessary space in the tummy thereby hindering children from taking an adequate diet that will be beneficial to them.

The experienced nutritionist noted that from postgraduate research done on some selected carbonated drinks a few years ago, it was discovered that there were a lot of heavy metals which were put inside these juices as a form of preservatives and these metals end up occupying the space that a nutrient-dense diet should have.

“If a child is not taking an adequate amount of major and micro nutrients in a day, of course the nutritional status will be impaired, and it will have an effect at the family, the community and the state levels,” she said

Oduneye also cautioned parents against indulging their children in the consumption of junk foods but rather, endeavour to consistently feed their children healthy foods as whatever the child is conditioned to consume becomes a learned behaviour.

“These children didn’t learn any eating habit from heaven, they learned it when they got here; if a child is always craving for carbonated drinks at a very young age, I will put the blame on the mother,” she concluded.

A report by the United Nations International Children Fund (UNICEF) showed that an estimated two million children in Nigeria suffer from acute malnutrition and only two out of every ten children eventually get efficient treatment.